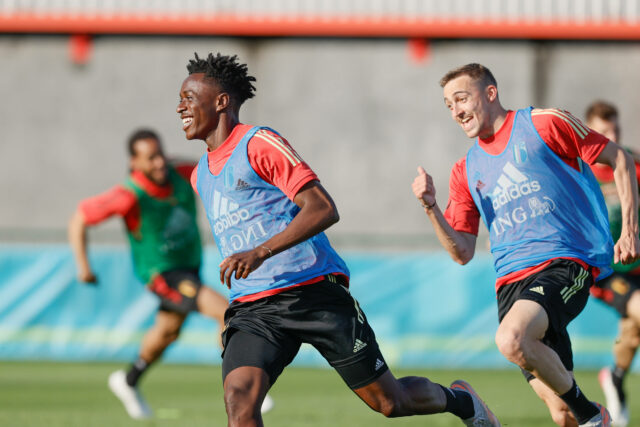 Arsenal are edging closer to signing Albert Sambi Lokonga from Anderlecht this summer.

According to Kristof Terreur, Lokonga will undergo his medical shortly, and a move to Arsenal is nearing completion.

According to reports from HLN, the deal is almost done between Arsenal and Anderlecht for Lokonga.

All parties are now clear on the move after months of negotiations. Lokonga will undergo his medical today, or possibly tomorrow.

The 21-year-old is one of the highly-rated young midfielders in Belgium, and Arsenal will pay a handsome fee to secure his services.

Lokonga will sign a five-year deal at the north London club, and Anderlecht will receive more than €20 million for their prized asset.

Lokonga will become the third most expensive outgoing player in the club history, after Jérémy Doku (€26m to Rennes) and Youri Tielemans (€25 million to Monaco).

Anderlecht will now attempt to invest the money wisely and bolster their squad.

The Gunners will still be looking to add more midfielders this summer, with Granit Xhaka set to depart.

Arsenal have been linked with a raft of top-quality midfielders, including James Maddison, Houssem Aouar, Ruben Neves, Manuel Locatelli and Sander Berge.

If the reports are to be believed Arsenal are also close to signing Ben White from Brighton & Hove Albion.

Read: Arsenal have signed a deal with streaming giants Amazon.