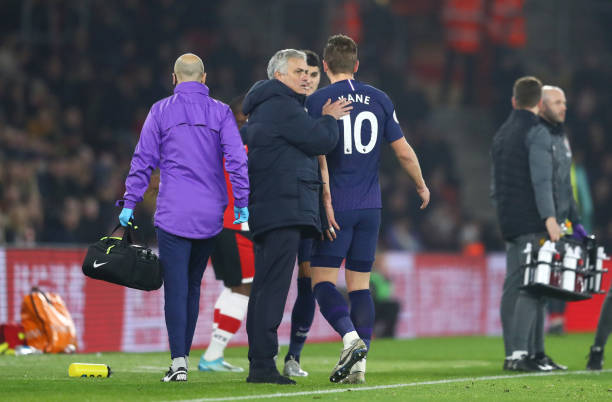 Tottenham Hotspur have gone 12 years without a major honour and will end 2019-20 without one having crashed out of the F.A Cup and Champions League prior to the suspension of footballing activities.

Denmark international Christian Eriksen left Spurs for Inter Milan in January, and has revealed that the lack of silverware was one of the reasons he wasn’t keen to extend his contract at the North London club.

Tottenham came close to winning the League Cup, Premier League and Champions League under former boss Mauricio Pochettino, but Jose Mourinho is expected to get them over the finishing line soon after those close shaves.

Newcastle United legend Alan Shearer reckons failure to win something in 2020-21 could lead to the exit of Harry Kane, though, claiming his patience could finally wear thin.

“My guess is, if he doesn’t win anything in the next 12 months then he has to leave,” Shearer told the Match of the Day: Top 10 podcast (via Standard Sport)

“He’ll do another year, I think, and if nothing comes in terms of trophies, then he’ll be off.”

The 26-year-old is a wanted man in the top-flight and Europe, and he has been linked with the likes of Manchester United, Manchester City, Real Madrid and Juventus at various times.

Kane won’t be short of suitors should he choose to call it quit, but the Tottenham star has four more years left on his contract and while chairman Daniel Levy – a tough negotiator – would be in a position to command a hefty fee for him, an exit won’t be straightforward.