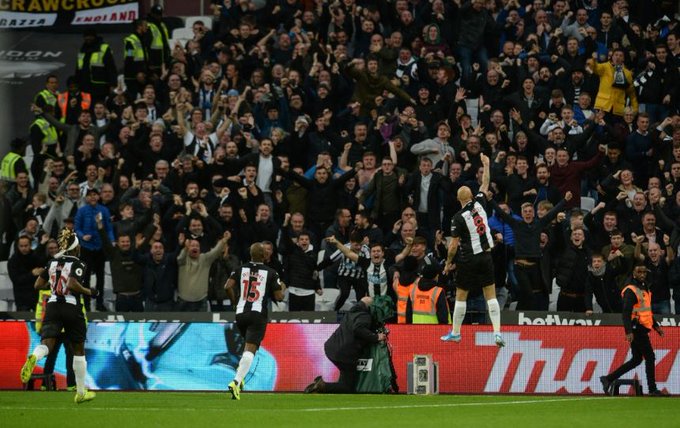 Newcastle United returned to winning ways with a brilliant 3-2 win against West Ham away from home in the Premier League clash on Saturday.

The Magpies, who had scored once in their previous five games, were simply superb in the first half and went 2-0 ahead at the break thanks to goals from Ciaran Clark and Federico Fernandez.

Steve Bruce’s side created plenty of opportunities to extend their lead, but they couldn’t convert their chances. Finally, the third goal came in the 51st minute when Jonjo Shelvey scored from a brilliant free-kick.

In the 73rd minute, the Hammers pulled one back through Fabian Balbuena who scored from close range. Robert Snodgrass scored in the injury time to set up a nervy end, but Newcastle managed to see off the challenge.

Newcastle have moved to 15th in the table, four points clear of the Premier League relegation zone. West Ham are now without a win in their last five Premier League games.