Tottenham Hotspur secured a hard-fought 2-1 win over Arsenal yesterday, boosting their chances of playing in Europe next season as a result.

Arsenal enjoyed the larger share of possession for the remainder of the North London derby, but they weren’t clinical enough, and Tottenham punished them for it, with Toby Alderweireld heading in the winner unmarked from a corner nine minutes from time.

Premier League legend Alan Shearer wasn’t impressed with both teams’ performances, and he made his disappointment very clear in his column in The Sun.

However, the former striker appeared to have mistaken Alderweireld for Jan Vertonghen.

“There was a certain irony that the winning goal came from a player, Toby Alderweireld, who would have left Jose Mourinho’s team by now if it were not for Covid-19 extending the season,” Shearer wrote.

“It seems hard to believe it was just over a year ago the Belgian was one of the Spurs players playing in the Champions League final in that 2-0 defeat by Liverpool.” 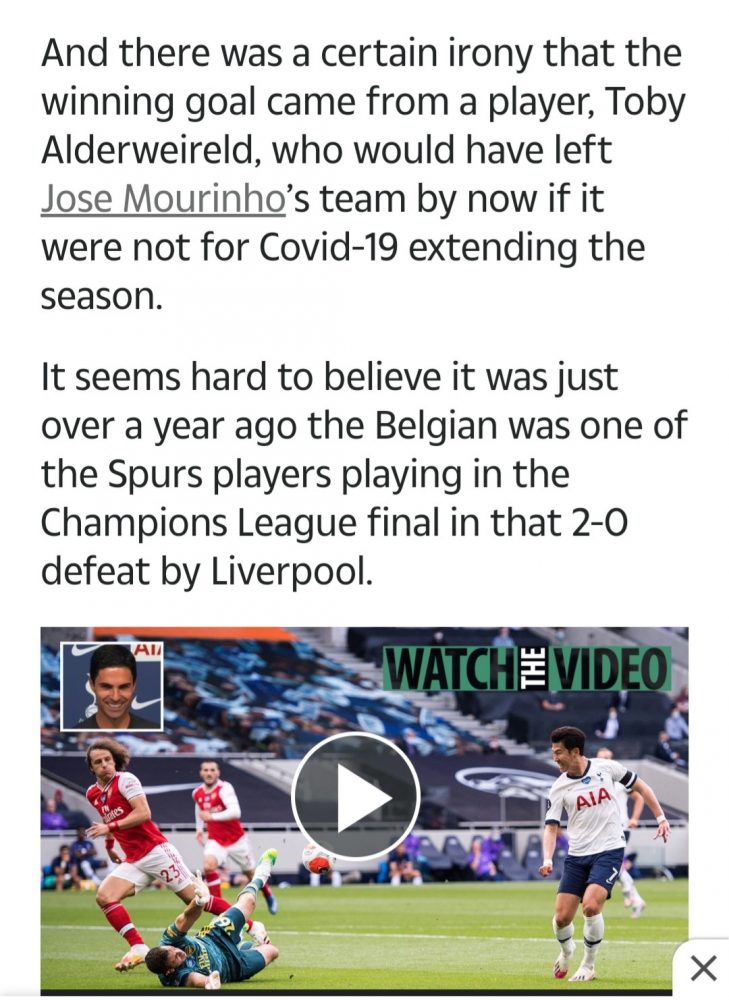 Alderweireld put pen to paper on a new three-and-half year deal in December, and it is his international teammate Vertonghen that would have left Tottenham by now if it were not for Covid-19 extending the season.

He wasn’t even in action yesterday, and that makes the avoidable error from Shearer or/and The Sun editor more baffling.