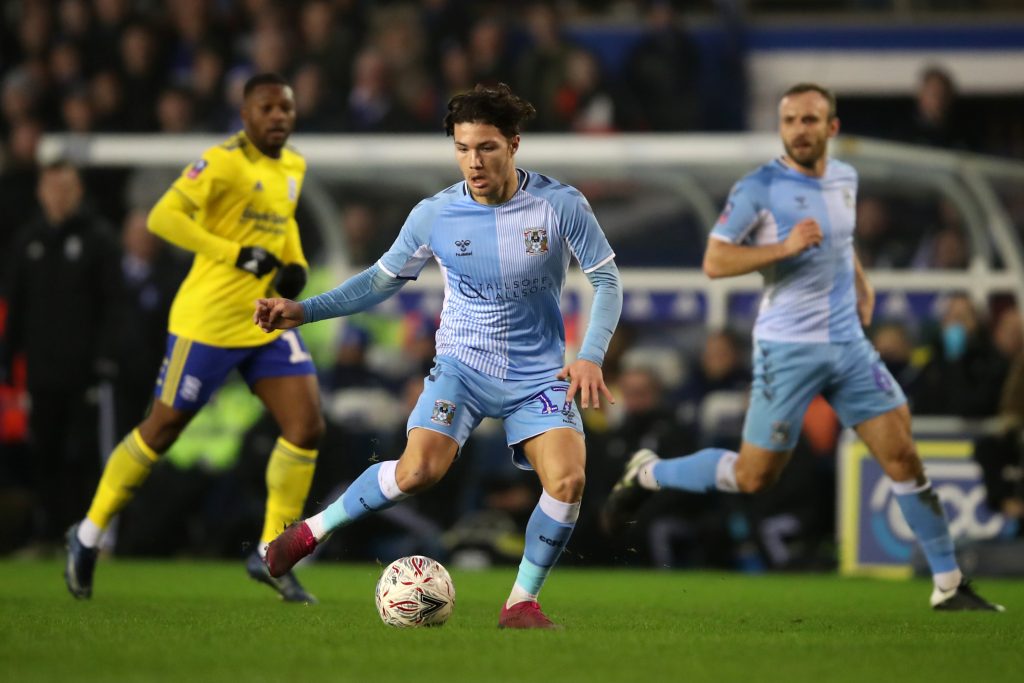 The 21-year-old will be a free agent at the end of this season and Hutton believes that the youngster deserves an opportunity to cement his place in the first-team squad.

O’Hare is currently on loan at Coventry and he has had a very good season. He has managed to pick up four goals and seven assists so far and he could lead the side to promotion when football resumes.

Hutton reckons that midfielder has the talent to be a breakthrough player for Villa.

Speaking to Football Insider, Hutton said: “One I’d like to see brought into the squad is Callum O’Hare. He’s went out on loan and he’s done very well, I think a lot of the fans are talking about him and I’d like to see him involved more with the squad.

“I think he deserves a crack at it. He’s done really well, by all accounts they’re trying to keep hold of him and stuff, he’s had goals and assists, he’s the main man now.

“I’ve always known he’s had ability, he’s always been a good player. Maybe people look and his size and stuff and think will he be able to hack it in the Prem?

“I think sometimes when you’re that clever in your movement and your passing, size doesn’t matter. It’s about your brain and technical ability. He’s always been a good player.”

It will be interesting to see if he gets his chance next season.

There is no doubt that O’Hare has done well this season and it could be a gamble worth taking for Aston Villa. He is unlikely to command big wages.

Aston Villa could use a creative midfielder like him in their side. He could complement the likes of McGinn perfectly.

Furthermore, he can add goals from the midfield as well. Someone like him could share the creative burden with the likes of Grealish.

If he manages to make the step up properly and hold down a first-team berth, O’Hare could end up saving Aston Villa millions in the transfer market.