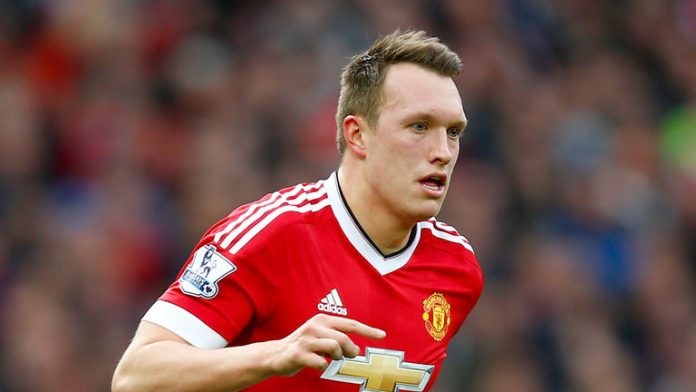 According to The Mirror, Newcastle are interested in signing Jones from Premier League rivals United in the summer transfer window.

The report has also claimed of interest in the 28-year-old England International from West Ham United.

Jones is open to leaving United, who will accept a transfer fee of £12 million, according to the report.

Former Tottenham Hotspur and Aston Villa right-back Hutton – who now works as a pundit and played under Newcastle manager Steve Bruce at Villa Park – has given his take on the future of Jones, and believes that the Magpies would be a good club for him.

Hutton told Football Insider: “I think obviously it’s well documented all the problems he’s had at Man U, so sometimes a little break – when you’re a Man United player everything’s highlighted times ten.

“I think maybe going to a team like Newcastle, under Steve Bruce, where he can get his head down, work hard, obviously the manager will look after him, it’s maybe a good place to go.

“Steve Bruce makes it a really good environment to go and work and be happy, just really enjoy your football. Maybe that’s what he needs to get back, we all know how good a player he can be.

“Maybe Newcastle, he’d not get away with it, that’s not what I’m saying, but just concentrate on playing. I definitely think Steve Bruce is a guy – because I know him well – who can get the best out of players.”

Jones has played two games in the Premier League, for United so far this season, and has also played 202 minutes in the Europa League, according to WhoScored.

Last season, the Englishman made 15 starts and three substitute appearances in the league for the Red Devils, and also played 270 minutes in the Champions League, according to WhoScored.

Back in the 2017-18 campaign, Jones made 23 times in the Premier League, while in 2026-17, he made 18 appearances in the league and played thrice in the Europa League, according to WhoScored.

With Jones having struggled to play regularly for United in recent times, it would make sense for him to find a new club in the summer transfer window.