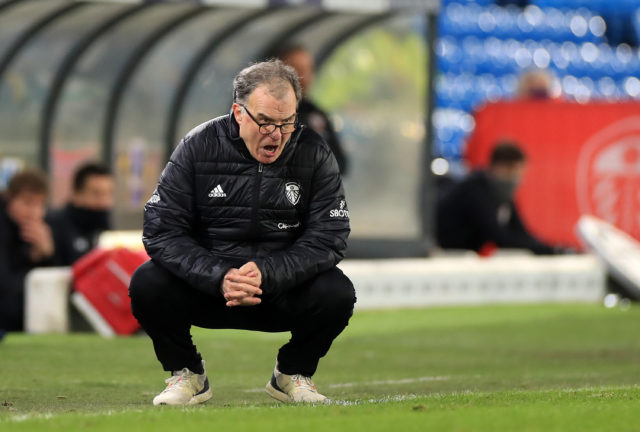 Celtic are looking to appoint a new manager after Neil Lennon resigned from his role on Wednesday.

Brazil, who came through the Hoops academy, has suggested that he will get the fans ‘buzzing’, and the fans will appreciate the ‘free-flowing’ football under him.

Brazil told talkSPORT: “You know who I would love to come in? It’s not going to happen, for me it’s the Celtic way… Bielsa.

“I’d love someone like him to come up there and get them buzzing, playing free-flowing football, chasing every ball and harrying, but that’s not going to happen.”

SL View – Not going to happen

This is just wishful thinking from Brazil as he later added that it’s “not going to happen.”

Bielsa is loved and adored by Leeds fans, and he is doing a terrific job at the Yorkshire club.

Leeds are 10th in the Premier League and they should be fighting for European places this season.

Why would he leave a high-profile Premier League club to join Celtic who are trailing runaway Scottish Premiership leaders Rangers by 18 points?

Also, Bielsa has hinted recently that he sees his future at the club beyond the end of the season, hinting that he could agree on another contract extension.

Brazil made a startling admission two years back when he claimed on his breakfast show that he had never heard of Bielsa when Leeds appointed him. It seems, he has become one of his fans now.