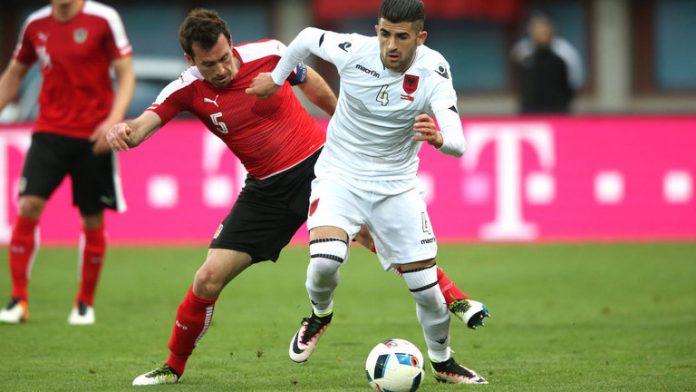 Elseid Hysaj’s agent says his client could be among the first signings made by Maurizo Sarri if joins Chelsea as manager.

The 59-year-old left Napoli last month and had been widely tipped to take over at Stamford Bridge. However, problems with the Italian football authorities were said to have put the Blues off.

Sarri, Laurent Blanc and Slavisa Jokanovic have all been touted as possible replacements for Antonio Conte, but a final decision has yet to be made.

Hysaj is understood to be disappointed by Sarri’s departure from the Italian club and his representative Mario Giuffredi believes he would welcome the opportunity to work with his former boss again.

“He has a €50 million release clause,” Giuffredi told Radio CrC.

“I think only Premier League clubs can afford him, so his fate depends on Sarri.

“If the Tuscan coach was to move to England, he could want Hysaj. Therefore, Hysaj could follow him.”

Hysaj played for Empoli before signing for Napoli in 2015. He has gone on to make 135 appearances in all competitions for the club.

The 24-year-old has also been capped 29 times by Albania.