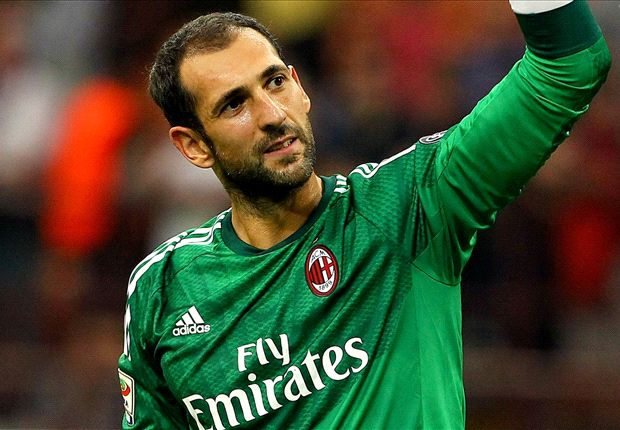 Asmir Begovic has proved over the years that he is a reliable goalkeeper and good enough to start for any Premier League side. Last season, he took the starting role at Chelsea when Thibaut Courtois got injured in the first half of last season and did a decent job for the Blues.

It seems, however, Begovic, could be allowed to leave the London club and he’s drawn the attentions of Premier League club Everton. Chelsea are looking for a solid backup goalkeeper and have made an initial contact with AC Milan’s 34-year-old keeper Diego Lopez.

Italian newspaper Gazzetta World claimed earlier this week that Chelsea had reportedly met with the player’s agent to finalise a deal.

According to Lopez’s agent, Manuel Garcia Quilon, the Blues have indeed shown a concrete interest in the player but no deal has been agreed as yet.

“An offer from Chelsea hasn’t yet been made but their interest is real and concrete,” Garcia Quilon said of  a potential San Siro exit.

At this moment, the move hinges on whether Begovic would accept a transfer move to Everton. Should the Bosnian leave the club, Chelsea would swiftly make a move for the former Real Madrid goalkeeper.

Lopez joined AC Milan from Real Madrid in 2014 but the 34-year-old has lost his status as the first choice keeper behind young goalkeeper Gianluigi Donnarumma, who recorded 10 clean sheets in 30 league matches last season.