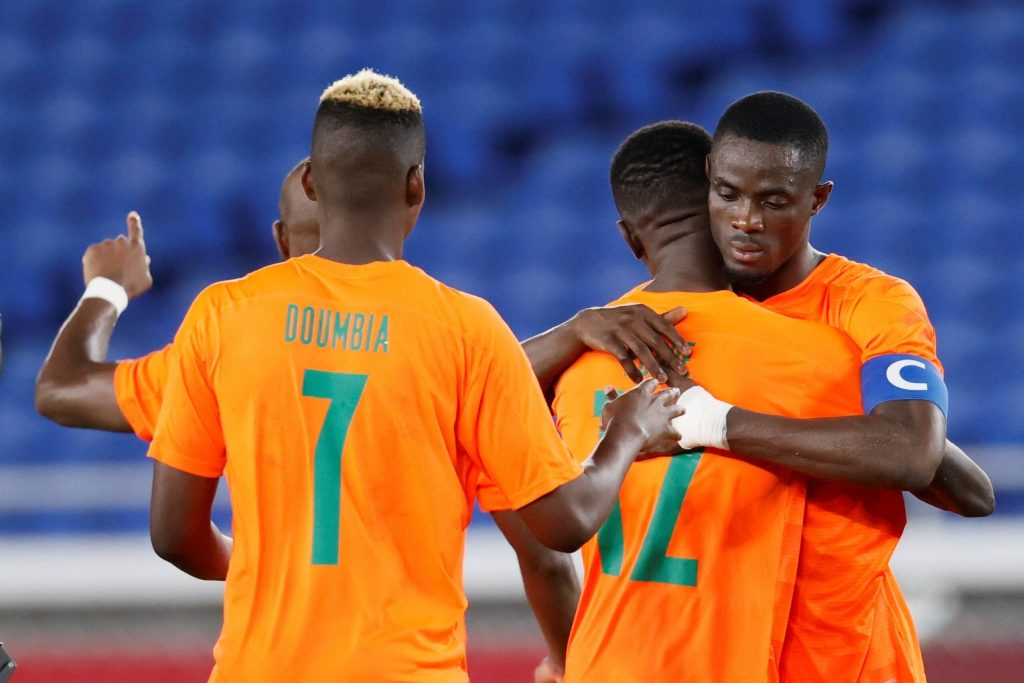 Max Gradel scored a stunning goal as Ivory Coast grabbed a 1-0 victory over Equatorial Guinea in their AFCON 2021 match.

The former Bournemouth player put his side ahead inside the first five minutes of the game by firing a thunderous goal. That strike proved to be sufficient to deliver them a narrow victory at the Japoma Stadium.

With Algeria and Sierra Leone playing out a goalless draw earlier this week, this win means that the Elephants are currently at the top of Group E.

Equatorial Guinea, after conceding an early goal, tried to get back in the game and managed to create several good scoring opportunities.

Juan Micha’s side tried with more intensity to score the equaliser after the interval but Dorian Hanza, Iban Salvador and Emilio Nsue all failed to convert.

With 20 minutes remaining, Gradel was replaced by Arsenal’s Nicolas Pepe while Wilfried Zaha was brought in for Maxwel Cornet.

Pepe threatened to score and Zaha also came close to extending their scoreline.

The Elephants ultimately claimed a narrow victory to make a winning start to their AFCON campaign.

Ivory Coast have the distinction of winning two Africa Cup of Nations titles, with their latest victory coming in 2015.

Meanwhile, Equatorial Guinea have qualified for the AFCON on three occasions. They reached the quarter-finals stage in 2012 before finishing fourth in the tournament in 2015.