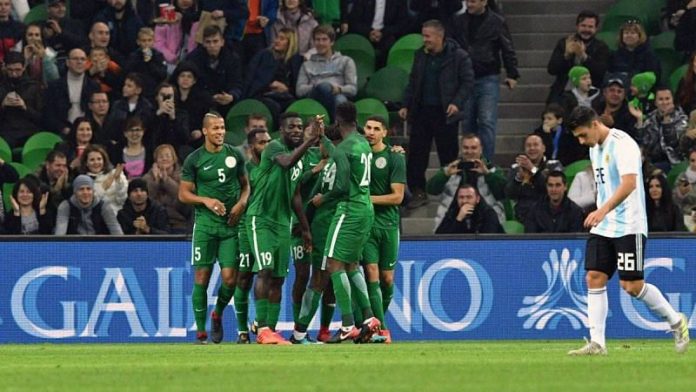 Former Technical Director of Nigeria Football Federation Chris Green has issued a warning to the Super Eagles not to underrate their round of 16 opponents Tunisia.

Green insisted that Mondher Kebaier’s side will come out fighting for their lives to do well in the knockouts.

However, he still considers Augustine Eguavoen’s side as genuine contenders for the AFCON 2021 trophy.

Green said (as per The Sun Nigeria): “The Super Eagles is giving a good account of themselves under Coach Augustine Eguavoen and it gladdens my heart. There is a new philosophy in the team and the players are beginning to enjoy a good flow. I consider the Eagles genuine contenders for the AFCON trophy.

“I want warn here that the Eagles must not lower their guards because the Tunisian will come out tactically and technically to give Nigeria a good fight. Nevertheless, I don’t have any fears over the game and look forward to seeing Nigeria triumph over Tunisia.”

Tunisia have failed to impress with their performances in the tournament so far.

They fell to a 1-0 defeat at the hands of Mali in their opening group match, with Ibrahima Kone providing the decisive goal from the spot-kick.

The 2004 champions bounced back strongly against Mauritania, pounding their opponents with four goals to claim an emphatic victory.

However, they were left stunned by The Gambia in their final group game at the Limbe Stadium, with the Scorpions scoring an injury time winner through Ablie Jallow.

The Eagles of Carthage now face Nigeria in the round of 16 match at the Roumdé Adjia Stadium on Sunday.

Augustine Eguavoen’s side have been excellent in the Africa Cup of Nations so far. They made a winning start to their AFCON campaign by defeating Egypt 1-0.

The Super Eagles followed that up with an impressive 3-1 victory over Sudan before they eased past Guinea-Bissau 2-0 in their final group match.

Nigeria will be heavy favourites to win the round of 16 match against Tunisia who have been disappointing in the tournament so far.