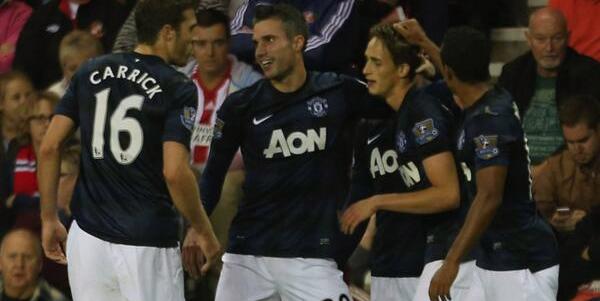 Adnan Januzaj’s contract expires at the end of the season, like many other young players. The difference is that Januzaj has become the most sought after youngster in Football after a match winning performance against Sunderland on Saturday afternoon. The spotlight is now focused on Manchester United manager David Moyes to secure the future of Januzaj, who will now be a top target for most of the top European clubs.

In a match that was starting to slip away against Sunderland, who are themselves facing relegation trouble even at this early stage of the season, the touch of class Januzaj brought to proceedings saw him single-handedly deliver two moments of rare quality that led to a crucial Man Utd victory. The 2-1 away win moved the Red Devils into the top seven in the Premier League and may kick start their stuttering season.

Dirk De Vriese, who represents Januzaj, will be rubbing his hands together as Januzaj’s value soars. It was Sir Alex Ferguson’s departure that halted the youngsters contractual negotiations and the question of Janazaj’s contract was top of the list of questions Moyes faced after the match. Moyes remarked that he was not concerned at the prospect of Januzaj being free to agree a deal with another club, as he believes it is every young players dream to play at Manchester United. He did not deny, however, that the issue was not high on his managerial agenda. If I was De Vriese I would stay by my phone as Man Utd will be looking to waste no time in tying down the brightest talent currently in their squad.

Man Utd fans will not breathe easily until this matter is resolved, recalling how they lost top midfield prospect Paul Pogba in similar circumstances. All eyes are now on David Moyes who must act quickly to reassure Man Utd fans who are still adjusting to life after Sir Alex Ferguson. Fans remain skeptical after Moyes failed to deliver the big signings fans expected during the summer transfer window.