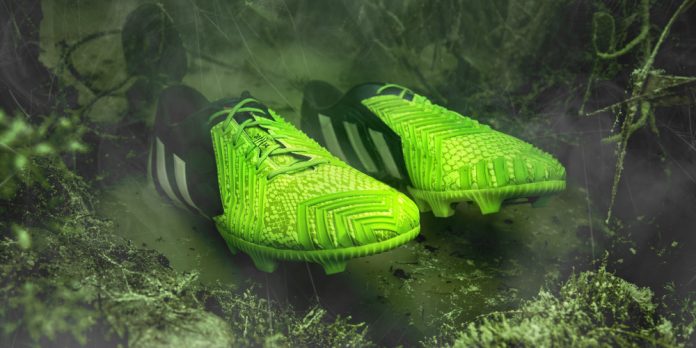 As part of the 20th anniversary of the world-famous Predator line, adidas have unleashed their all-new, special edition ‘Predator Instinct Supernatural’ boots in time for Halloween, with luminous green very much the colour to fear. 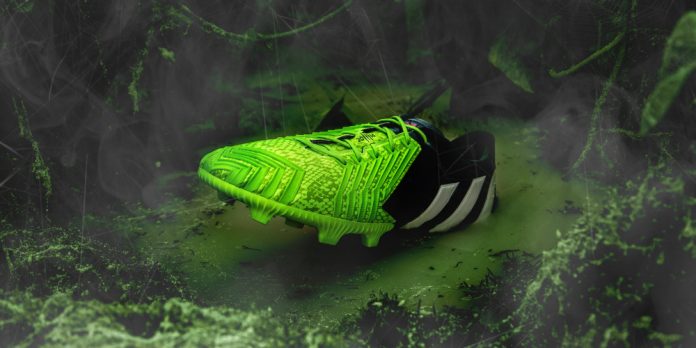 The awesome new Supernatural will retain the lethal zone, control pad and pass pad technology of the Predator Instinct, with these the latest of the 14 special editions released this year after the Crazy Light and Revenge collections.

These Predators, released alongside the new adizero F-50 Supernaturals, sport an incredible luminous sheen, in order to be seen and feared as the winter nights become increasingly darker.

Both the new Predator and adizero boots will be worn by a host of top international players from the 31st October onwards, including Gareth Bale, Thomas Müller, Arjen Robben, James Rodriguez, Dani Alves, Karim Benzema and Bastian Schweinsteiger. 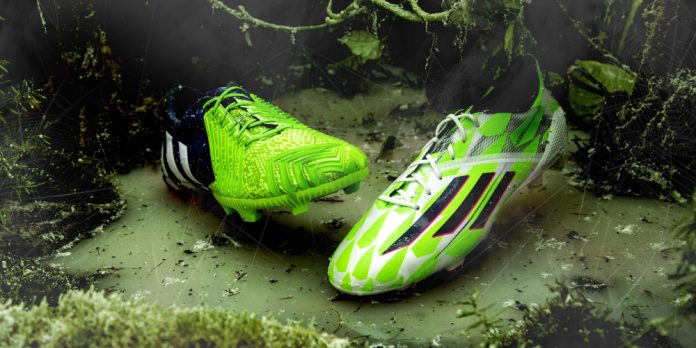 The move further solidifies adidas’ status as key players in the industry, with Soccerlens this week privy to a number of amazing upcoming releases at their 2015 show in London, including some stunning new boot collections so top secret that both images and printed description remain embargoed until early next year!

Multiple pieces of footwear born from world class collaborations wowed adidas’ London audience only a few days ago, the new Raf Simons collection catching the eye in particular, with seven new offerings to enter the fray in Spring/Summer 2015.

The now-staple Response Trail 2, Ozweego 2 and Bounce were all spotted, as well as a new take on the classic Stan Smith, while there were impressive introductions for the new Platform Strap and Platform Lace creations. Raf Simon’s interpretation of the Adilette is also sure to turn heads. 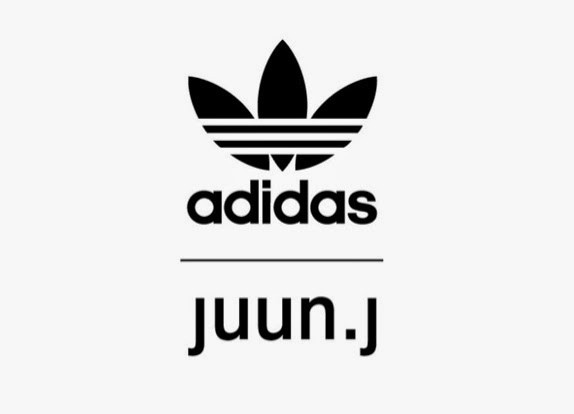 The adidas/Juun. J collaboration is also persevering, with a minimalist take on the iconic adidas Superstar one to look out for.

Trust us, there are exciting times ahead: but first, check out the Predator Instinct Supernatural below, with the new Halloween boots available to buy from 31st October –