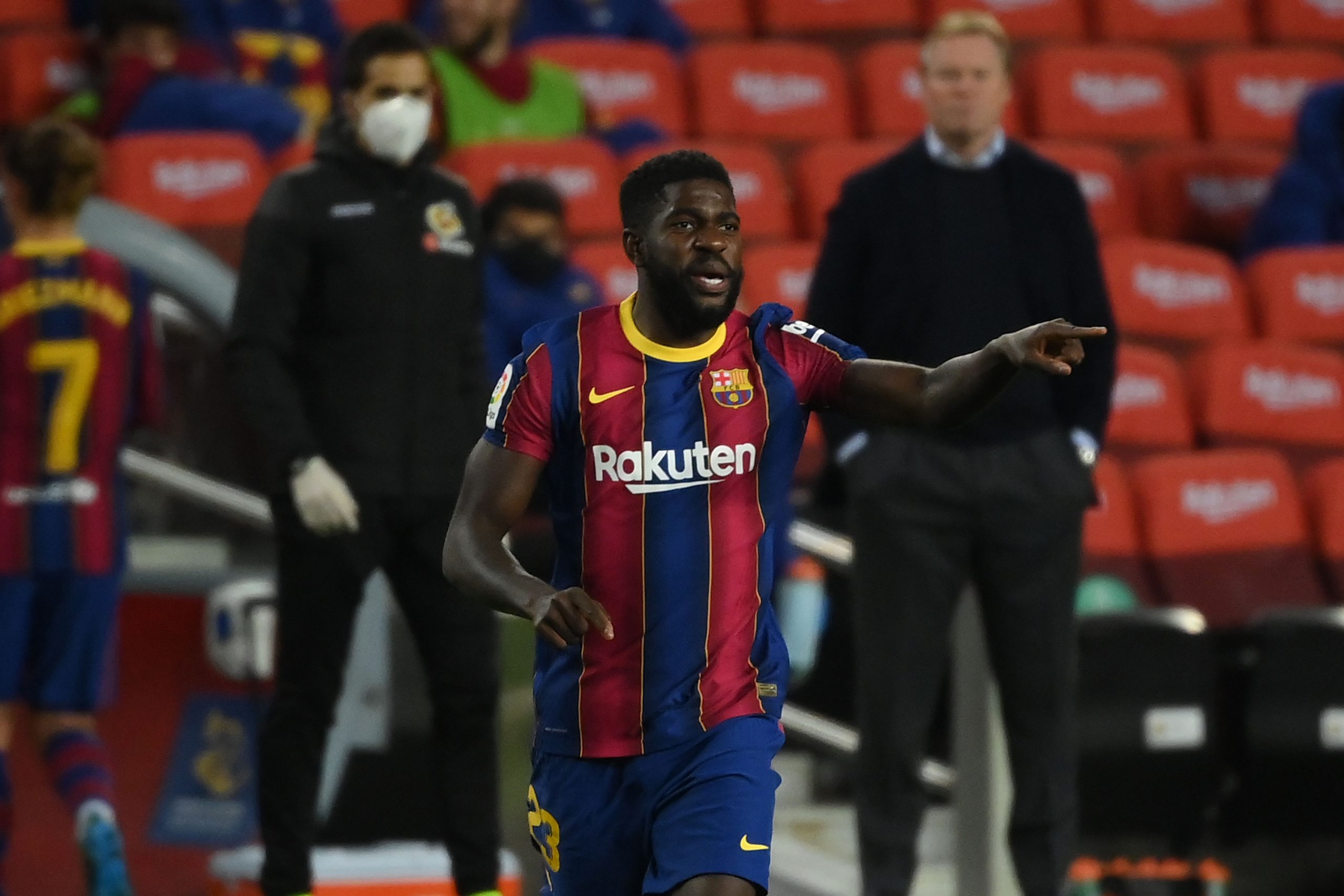 The Rossoneri have had a marvellous season so far, sitting at the top of the table. They are level on points with bitter rivals Inter Milan having played one game fewer, and are seven points ahead of Juventus – who have won the last nine Serie A titles.

However, they will need to add more depth to their squad if they wish to continue their title charge while also remaining competitive in knockout competitions.

As a result, they have looked to the Camp Nou for reinforcements, with La Gazzetta dello Sport claiming that Milan are interested in defensive duo Samuel Umtiti and Junior Firpo.

Once one of the world’s most highly-rated centre-backs, Umtiti has fallen out of favour at Barcelona. This season, he has played fewer La Liga minutes than the injured Gerard Pique and youngsters Ronald Araujo and Oscar Mingueza.

Nonetheless, there is no doubting the Frenchman’s ability. After all, we are just over two years removed from his rock-solid partnership with Raphael Varane which saw him lift the World Cup trophy.

Meanwhile, Firpo has also not featured often under manager Ronald Koeman, making just one league start this term. It was hoped that he could be a long-term replacement for the ageing Jordi Alba, but this has not worked out.

Barcelona have suffered a below-par beginning to the season. They find themselves seven points off league leaders Atletico Madrid having played two games more, and missed out on the chance to lift some silverware on Sunday after losing to Athletic Bilbao in the Supercopa de Espana final.