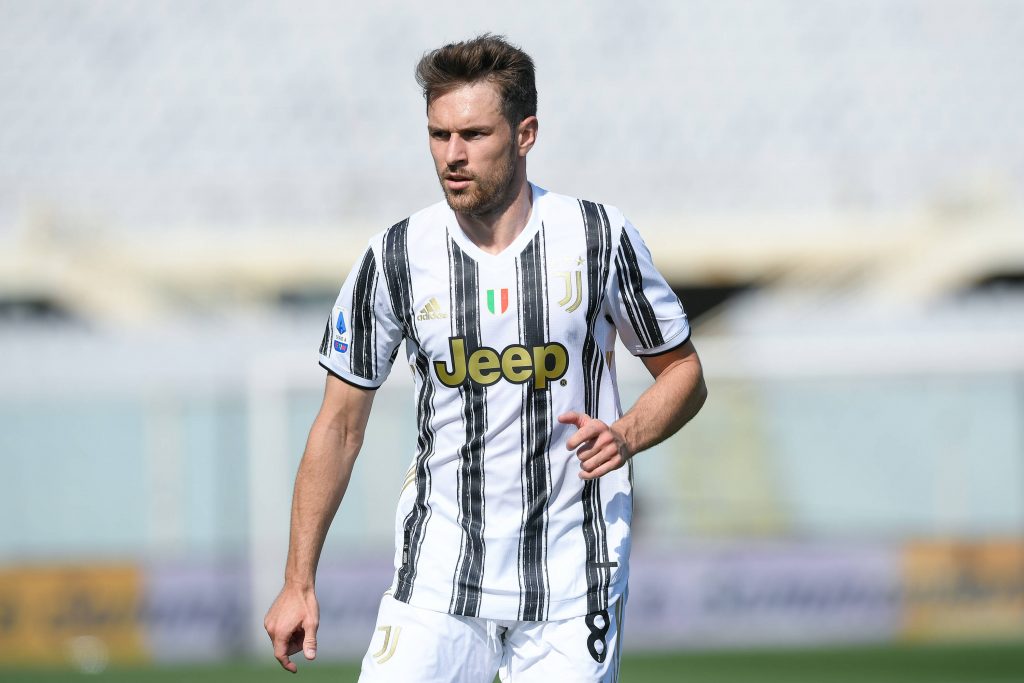 Welsh midfielder Aaron Ramsey hopes to make a return to the Premier League, according to talkSPORT.

Ramsey signed for Juventus back in 2019 following the expiry of his contract with Arsenal.

In doing so, he became another in a long line of midfielders who have arrived at the Allianz Stadium on a free transfer, alongside the likes of Paul Pogba and Andrea Pirlo.

His move to Italy hasn’t worked out as planned. He played just over 1,000 minutes in his first season as the Old Lady narrowly won a ninth successive league title.

He has had slightly more game time this season, but the results on the pitch have been significantly worse.

Pirlo’s men have already missed out on the title and are on course to finish outside of the Champions League spots following a devastating 3-0 defeat at home to AC Milan.

The Wales international is now seeking a way back to England, claims talkSPORT.

During his time at Arsenal, Ramsey impressed. Despite several injury worries, the midfielder scored 64 goals in all competitions for the Gunners, including winners in the 2014 and 2017 FA Cup finals against Hull City and Chelsea respectively.

If the 30-year-old can stay injury-free and returning to his best, there would be several clubs interested in taking him.

Ramsey has two years remaining on his current contract at Juventus. With Adrien Rabiot, Weston McKennie, Arthur, and Rodrigo Bentancur all providing much younger options in his position, it is unlikely that the Italian giants will fight too hard to keep Ramsey at the club.

Read also: Juventus could be kicked out of Serie A if they do not withdraw from European Super League.