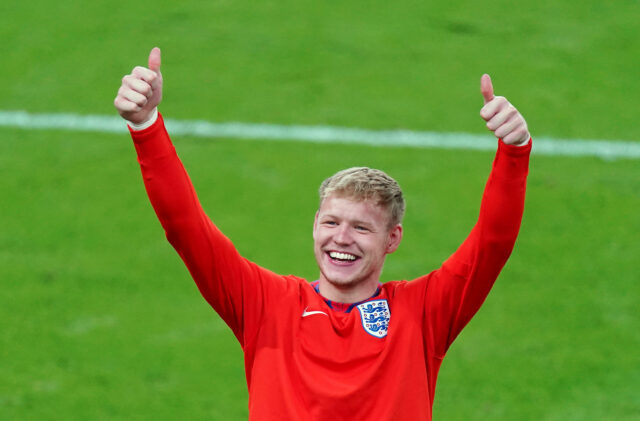 The Athletic journalist David Ornstein has claimed that Aaron Ramsdale is Arsenal’s number one target this summer.

The Gunners are looking to make several changes to their squad across the pitch, and signing a goalkeeper is a priority for Mikel Arteta.

Arsenal have already failed with a couple of bids for Ramsdale, but they are keen to land him, with Ornestein claiming Sheffield United are demanding around £30 million.

🔴 Sheffield United want around £30M for Aaron Ramsdale, There will be reluctance from Arsenal to stretch that far

🔴 He is currently their number one goalkeeper target, He will be there to compete with Leno with the view to being his future successor

Ornstein claims that people who know about goalkeeping speak highly about Ramsdale, both at club and country level. He is homegrown and would be a welcome addition for the Gunners.

He is only 23, and there are not many players in the world around his age who are top-level like him.

He adds that Arsenal could go for alternative options like Sam Johnstone, who would be available for around £12 million.

Johnstone is five years older, and Ornstein says the Gunners have a big decision to make.

There have been talks about Bernd Leno leaving the club, but Ornstein feels that there’s no market for him this summer.

He has a contract at the north London club until 2023, and he is likely to stay this summer.

Ramsdale would compete with Leno for the starting spot before becoming the first-choice keeper when he eventually departs.

He had a save percentage of 70.7 in the Premier League last season, which was better than Leno’s average of 69.2.