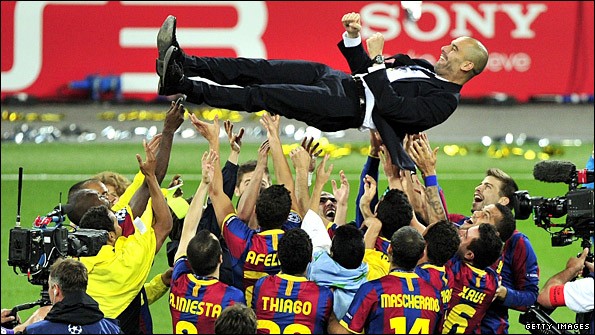 A number of interesting subplots emerged as part of the draw, with potential for an El Clasico final in the competition for the first-ever time.

Although Alvaro Morata will be motivated to show his worth against former club Madrid and Carlo Ancelotti will return to Juventus, the clash between Barcelona and Bayern will reunite some familiar faces.

Pep Guardiola will return to Camp Nou for the first time since leaving the historic Catalan club in 2012, while ex-Blaugrana midfielder Thiago Alcantara will also face his former employers.

For the Bayern boss, it will be an emotional and surreal experience returning to his boyhood team; a club that gave him his opportunity as a player, a side he captained and an outfit that he won 14 trophies with in four years as manager.

The Spanish master tactician admitted after yesterday’s draw that returning to his home club would be a special event.

“I’m here because of my time at Barcelona”, he stated.

“It will obviously be a special game. Barcelona are my home. What more can I say?…I don’t have anything bad to say about my former team or players. I won a lot with them.”

Guardiola forged one of the most successful and noteworthy football teams of the modern era over four years at Camp Nou, with his brand of attacking, possession-based football setting the benchmark for the rest of the world to try and emulate. 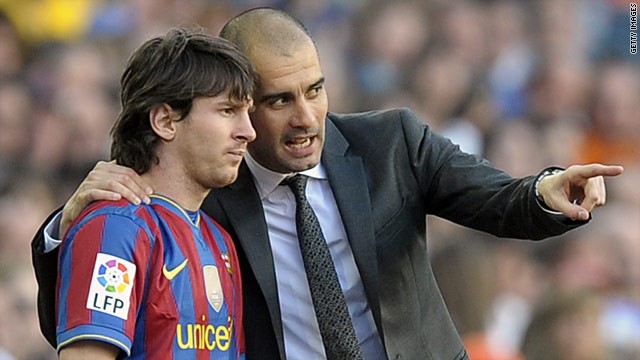 Since his departure, Barcelona continue to pose a massive threat, with Luis Enrique in the running to replicate one of Guardiola’s major achievements with the club – winning the treble.

The Catalan giants play in a slightly different fashion now than they did under Guardiola, with a more direct and penetrating ethos rather than the possession-based football of yesteryear.

In Luis Suarez the club now possess a world-class number nine, while Neymar has also added a massive goal threat for the Camp Nou team.

However, just like in Guardiola’s time at Barcelona, the team’s chances are intrinsically linked to the performance of their talisman Lionel Messi.

The Bayern boss knows the four-time Ballon d’Or winner better than anyone and played a considerable role in forging the Argentine into the world superstar he is today.

Messi has been reborn in 2015 and is thriving in a Barcelona attack that seems unstoppable when in the mood.

Guardiola’s main task, which will dictate Bayern’s chances of progression, will be to stop the monster that he helped create.

“We will try to create the best defence system possible to keep Leo under control. I’ve enjoyed watching him; now it’s my turn to suffer,” Guardiola stated yesterday.

Guardiola should receive a hero’s welcome upon his return to Barcelona given his feats as both a player and manager at Camp Nou.

However, despite the Spaniard proving himself as one of the best in the business, the coaching mastermind has an unenviable job on his hands to try and inhibit the best player in the world currently.