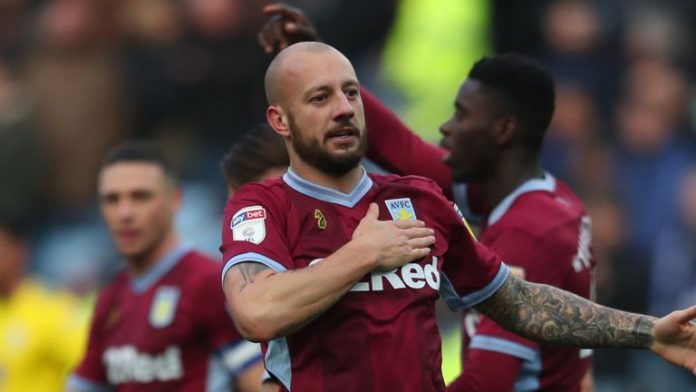 Steer, who joined from Norwich City in 2013 has been Villa’s No.1 goalkeeper in recent weeks due to injuries suffered by Orjan Nyland and Lovre Kalinic. With Mark Bunn on the periphery and expected to be released at the end of his contract this summer, Steer might be in line for a new deal.

Elphick is another player who could earn himself a contract extension as he’s impressed upon his return from a loan spell at Hull City. Villa will be on the hunt for a centre-back this summer when Axel Tuanzebe returns to Manchester United, so it’s unlikely they’ll let Elphick leave unless they have a replacement lined up.

Richards hasn’t played a game for Villa since October 2016 and won’t be handed a new deal as he’s struggled with a knee injury. Hutton has made 201 appearances since joining Villa from Tottenham in 2011 but may not be retained for another 12 months as manager Dean Smith has James Bree and Frederic Guilbert waiting in the wings to replace the 34-year-old next season.

Jordan Lyden has been ruled out for the season through injury and is unlikely to be handed an extension as he’s made only eight appearances in three years. The midfielder might stay at the club to continue his rehabilitation, however.

Jedinak looks on his way out as he’s struggled for form and playing time this season. The 34-year-old has amassed less than 900 minutes of Championship football and has been linked with a return to the Australian A-League.

Whelan has been a good servant for Villa, making 60 appearances since joining from Stoke City in 2017, but it’s hard to see the 35-year-old being kept for another season. The Midlands outfit are looking to move on their ageing players so they can rebuild with younger alternatives.