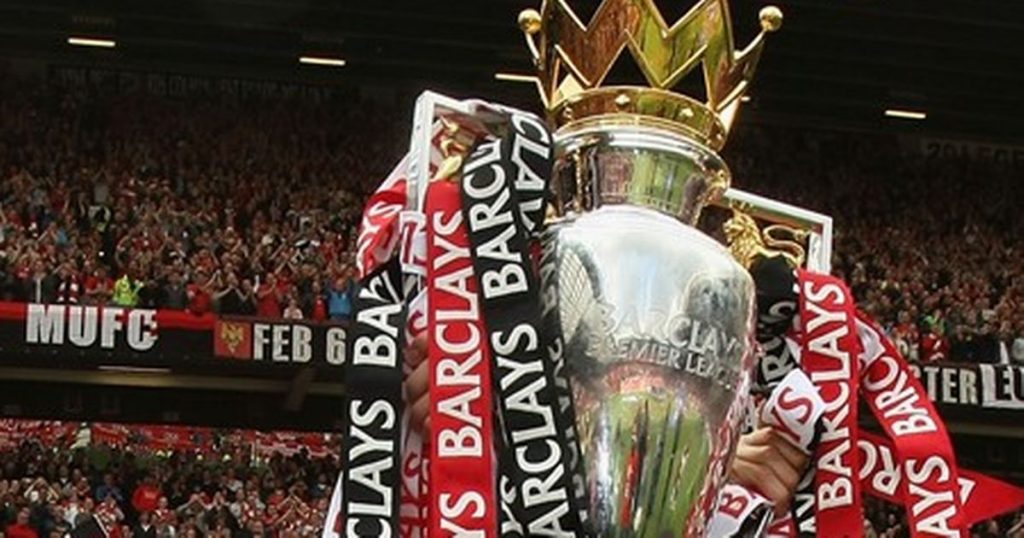 Manchester United are going through a sticky phase in the Premier League having suffered back-to-back defeats against Manchester City and Watford. While the recent losses have set them back by six points in the title race, the league is still a long way from being over with 33 more rounds of games yet to be played.

Early season optimism has cooled off for United following those morale-draining defeats yet there is every reason to believe the Red Devils aren’t yet out of the title reckoning. Jose Mourinho has won the league three times in England in the past and while fast starts were hallmarks of his title-winning Chelsea teams, it is certain he has to take a different route this time round to land the title at Old Trafford.

It would be foolish to consider United outsiders in the title race this early in the season, and as United prepare to host Leicester City, here five reasons why the Red Devils could still celebrate their 21st league title come the season’s end.

1. Mourinho is a serial winner

Despite the troubles early doors into his United career, Mourinho is a firm title bet because of his undeniable record. In his eleven full seasons since joining Porto in January 2002, Mourinho has landed the title eight times. Three of those eight title wins have come in the Premier League that clearly marks him out as England’s title specialist.

Despite their recent record, United can still pin their hopes on the pragmatic, calculated genius of Mourinho to bail them out of their recent predicaments and steer them to the title, although he should find things a bit more difficult than earlier this season.

2. A squad full of difference makers

If Mourinho is the managerial title specialist, his equivalent on the pitch is Zlatan Ibrahimovic. Ibrahimovic, like his manager, is a serial title winner who has won 13 league titles ever since he move to the European elite at Ajax from local Malmo as a teenager. Ibrahimovic aside, United’s squad has plenty like the Swede who could make a difference in the biggest of games.

Goalkeeper David De Gea, record signing Paul Pogba, exciting youngsters like Anthony Martial and Marcus Rashford have shown in the past how they can make an impact when games are decided on the finest of details. It is that overall edge in quality and mentality of players that could prove to be the difference between winning the title and not crossing the finish line.

3. Numbers don’t lie but it’s been a good start for United under Mourinho

While going through the numbers in the season thus far, it is no surprise to see why Pep Guardiola’s Manchester City are the name on everyone’s lips. But it is easy to see why City are performing at optimal levels while United are struggling to post table-topping numbers.

City played at title-winning levels last season and were only undone by a ridiculous amount of goals conceded in away games whereas United under Louis van Gaal were a terrible watch despite both teams finishing level on points. For Mourinho the challenge of a stylistic shift is much higher than Guardiola, and the Portuguese has done a reasonable job so far with a new set of players.

United were 15th in the shots per game count last season but posted decent defensive numbers owing to their high possession game. Mourinho has had to make tactical changes that has resulted in United becoming a more offensive team although that has come at the cost of a leaky defence. Given Mourinho’s knack for making his teams defensively resilient, one can expect United to perform along expected lines once the initial noise settles.

4. United have a favourable run of December-January games

Despite all the modern day exaggerations that make every game a virtual title decider for the big clubs, it is the games in the winter period that sets the tone for a title challenge in the second half of the season from the New Year onwards. Guardiola and Chelsea’s Antonio Conte are yet to face the culture shock of no winter breaks in England and considering United’s relatively easy run of winter fixtures, it is safe to assume there will be quite a few subplots unfolding as the season progresses.

Among the early season title contenders, United face only Tottenham and Liverpool—both at home—in the months of December and January while City pit their wits against Chelsea, Leicester City, Arsenal, Liverpool and Spurs in the same period. Liverpool manager Jurgen Klopp complained of “too many games” during winter in his first taste of English football last season. 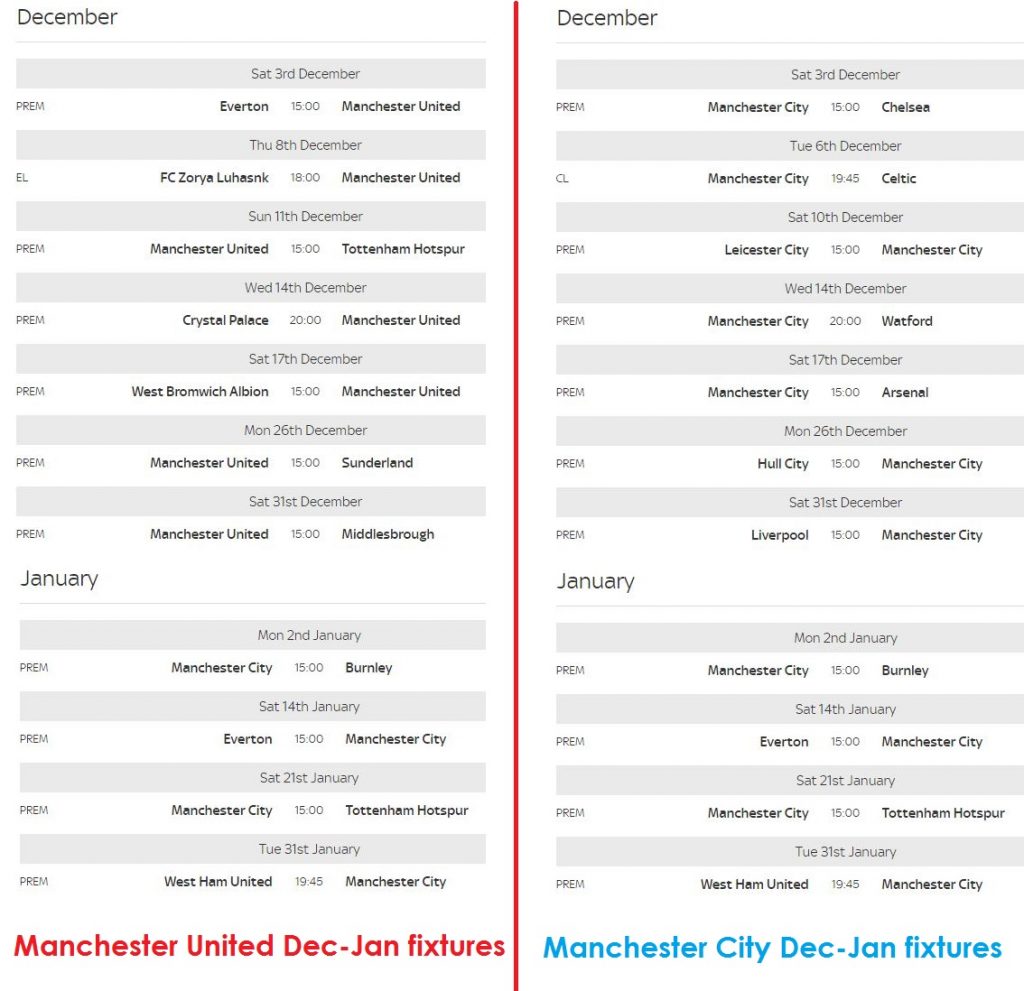 United fans can attest to the fact that their club lost their way last term when they slipped from being one point off the top at the start of December to nine points off the pace at the month’s end to signify the importance of winter fixtures and United have a fairly comfortable ride on paper this time round.

While a lot has been made of mid-week continental fixtures not helping teams for weekend league games, the reality isn’t too far as teams barely get time to prepare for a Sunday game after a Thursday evening trip to obscure places across Europe when recovery is the necessity.

United have a big enough squad to cope with the after-effects of European exertions and the performances of Michael Carrick and Ander Herrera in the Red Devils’ EFL Cup win over Northampton Town showed the team is full of quality individuals who can make a difference when called upon.

While Mourinho’s last title-winning Chelsea side suffered from exhaustion by the season’s end in 2014/15 and limped over the line, the current United squad has plenty of quality in numbers to help the Portuguese ring the changes whenever the first XI is stretched by injuries or fatigue.