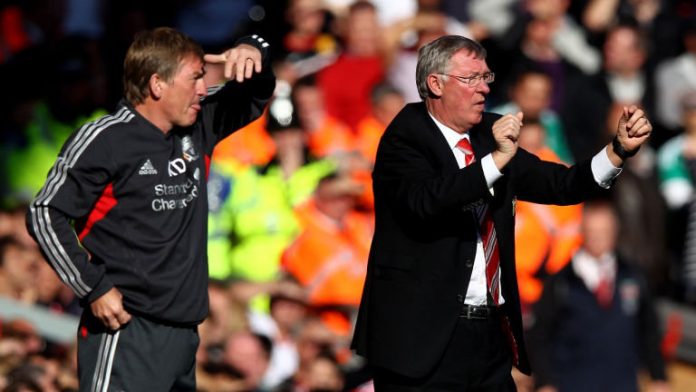 It can take a little time for sports stars to adjust to life after sport, but many successfully settle into a different career when they retire.

There are a wide variety of options available, including jobs in coaching, punditry or business management.

Read on for the top five post-retirement career choices by former sports stars.

The most obvious step sports people can take after they stop playing is to move into management or coaching.

Football has a long history of players who have successful progressed into management, with the likes of Sir Alex Ferguson, Pep Guardiola and Zinedine Zidane amongst the most famous examples in recent times.

Delve further back in time and footballing legends like Kenny Dalglish, Franz Beckenbaur and Johann Cruyff went on to enjoy success in management after hanging up their boots.

For people with even longer memories, Miguel Munoz followed up a stellar playing career with Real Madrid by leading Los Blancos to five European Cups and 13 La Liga triumphs during the club’s most dominant period.

The growth in television sports coverage has led to a massive increase in the number of former players taking up jobs as pundits.

It’s a great way to stay in the game and comes with far less pressure than a move into management.

Gary Neville, Alan Shearer and Jamie Carragher are amongst the top pundits on the scene at the moment, while others like Roy Keane and Robbie Savage regularly divide public opinion with their controversial opinions.

Of the older generation, Jimmy Armfield remains a class act on the radio, while the legendary Brian Clough was an epic pundit when he wasn’t pulling off managerial miracles back in the 1970s and 1980s.

Many sports stars are outspoken, so it’s little wonder that some choose to move into politics when they retire.

Footballing legends George Weah, Romario, Zico and Lilian Thuram all entered politics after their playing careers ended, with the latter once famously wiping the floor with former French president Nicolas Sarkozy on television during a live debate over his comments about children from ghettos.

Boxer Manny Pacquiao, top cricketer Imran Khan and ex-Olympic athlete Sebastian Coe are other examples of sports stars who embarked on a career in politics after retiring from their respective sports.

A career in acting might not seem the most obvious career move for sports stars, but there are plenty who have gone on to enjoy success in that area.

Former Manchester United star Eric Cantona and ex-Wimbledon hard-man Vinnie Jones both went on to star in popular films, while Brazilian legend Pele also tried his hand at acting for a while.

Dwayne ‘The Rock’ Johnson is probably the most famous cross-over star to make a name for himself as an actor, with the former WWE legend in big demand in Hollywood.

Early roles in The Mummy Returns and spin-off movie The Scorpion King played on his macho image, and he has gone on to enjoy further success in films like Fast & Furious 8 and Baywatch.

David Beckham enjoyed a brilliant playing career in England and Spain, but his business earnings are outstripping what he earned on the field.

In addition to lucrative endorsement deals, Beckham is currently close to having his Miami-based MLS franchise officially approved.