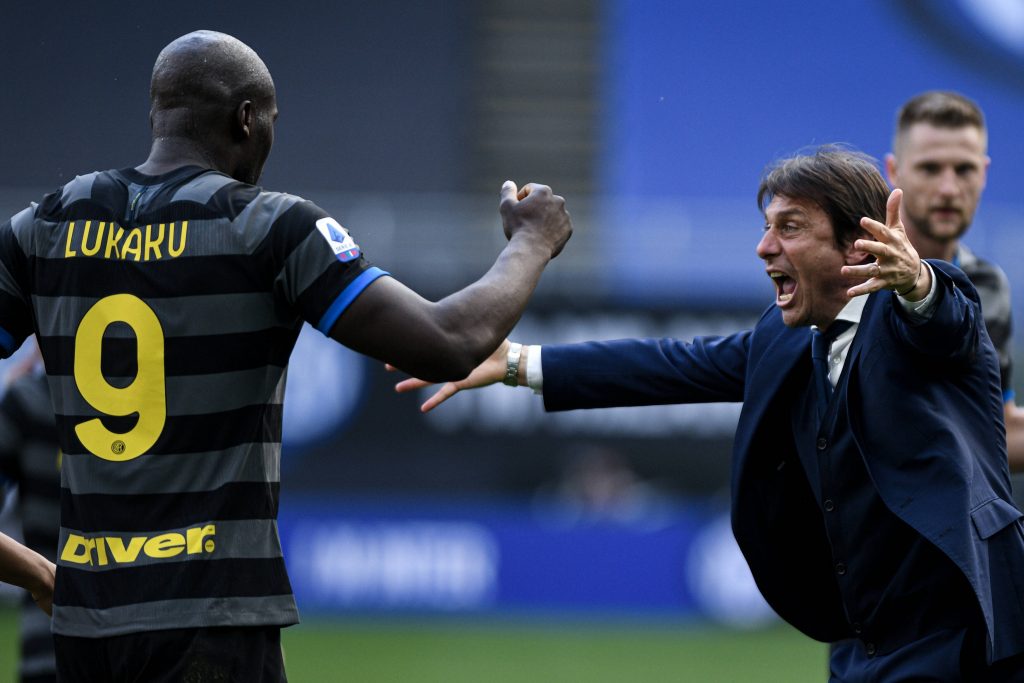 It’s been a while since we could say this, but Inter Milan are Serie A champions.

After nine successive years of Juventus lifting the trophy, they have finally been toppled by former boss Antonio Conte.

It’s been a sensational league campaign for Inter, who have got their hands on their first piece of silverware since 2011. Romelu Lukaku shone up front, while the defence was rock solid.

Here are five crucial games in their Serie A triumph.

Off the back of a dramatic 4-3 opening day victory against Fiorentina, the Nerazzurri continued with another hatful of goals.

The visitors quickly raced into a 3-0 lead in the opening half-hour, with Lukaku scoring a brace either side of a Roberto Gagliardini strike. Gianluca Caprari pulled one back, but this was soon cancelled out by Achraf Hakimi’s goal before half time.

The second half was tamer, but Lautaro Martinez managed to come off the bench to add to the scoreline. Caprari netted a second for the hosts, and the game finished 5-2.

Two games into the season, and Conte’s side had registered six points, scoring nine goals. This was an indicator that the next few months could be exciting and that Inter were a team to watch live every week.

To win the title in Italy, you have to overcome one of the most dominant forces in European football.

Juventus have won the Scudetto in nine seasons in a row – no other Italian side has ever won more than five consecutive league titles.

However, they did not make a solid start to the campaign. From their opening 12 outings, they were unbeaten but had drawn half of these games.

Their first defeat was inflicted in game week 13, and it was a damaging one. Fiorentina came to the Allianz Stadium and steamrolled the Old Lady.

Dusan Vlahovic gave the away side an early lead before Juan Cuadrado was given his marching orders. As the game drew towards a close, Fiorentina added two more. Alex Sandro put into his own net, and former Juventus man Martin Caceres hit a third.

This was the game that convinced many that Juventus’ reign of terror was set to come to an end.

If there was one criticism that could be aimed at Inter’s first half of the season, it was their record in big games. They had lost to AC Milan, drawn to Atalanta, Roma and Lazio, and only beaten a ten-man Napoli by one goal.

They managed to exorcise this demon on January 17 with a convincing victory over Juventus. Veteran midfielder Arturo Vidal opened the scoring in the first half, and Nicolo Barella added a second after the break.

This left Conte’s side seven points clear of their opponents and just three points off the top of the table.

For large parts of the season, AC Milan topped the table. In fact, they sat at the summit from October all the way through to February.

Inter managed to overtake the Rossoneri after they suffered a 2-0 defeat to Spezia, but Stefano Pioli’s side had the opportunity to regain the top spot in their next game.

But it was the black and blue side of Milan that emerged victorious and extended their lead at the top with an emphatic 3-0 victory.

It’s no surprise to see who was spearheading the win. Lukaku assisted Martinez for an early opener, and the Argentine got his second in the 57th minute. Unsurprisingly, Lukaku was the scorer of the third after a fine solo run.

Following that result, AC Milan hit a poor run of form and fell away from the title race. This left Atalanta as the most likely contenders to the throne.

La Dea have earned a reputation over the last couple of seasons for being lethal going forward. In fact, only Bayern Munich and Barcelona have scored more goals than them in Europe’s top five leagues this season.

But they were still unable to breach Inter’s backline. The game finished 1-0, with Milan Skriniar scoring the only goal.