The 5 Biggest Signings in Football This Year

It is known that success in football comes at a price, and that price is often given in the amounts paid for the transfers of players who were crucial to the team’s success. Transfers can determine the outcome of a season and even the future of a club. We all remember Leeds United who went bankrupt after a series of unsuccessful transfers and Aston Villa who got relegated after selling their top scoring striker last year.

On the other side of the story we have Leicester, who managed to win the Premier League after their management made a series of successful transfers. It is not necessarily clubs who pay the most that get the best deals. However, the most expensive transfers usually catch the eye of the public.

Transfers Can Be Tricky
Football transfers can be a bit of a gamble and the transfer market is often compared to a casino. Just like it is possible to make a good transfer with a smaller amount of money in football, it is also possible to start playing casino games without risking anything, if you take advantage of one or more of the ‘No Deposit’ bonuses offered by online casinos. NoDepositCodec.com presents all the latest bonuses.

Michy Batshuayi to Chelsea for £33.1M
The fifth highest transfer so far is a rather surprising. Chelsea paid just a bit over £33 million for young Belgian striker Michy Batshuayi. Batshuayi gained prominence after scoring with his first touch on Euro 2016 in the match against Hungary. It is believed that he and his compatriot Eden Hazard will form a powerful duo.

Despite the fact that he wasn’t that famous in the world of football, Batshuayi is considered to have great potential and he was a target of several Premier League clubs, including West Ham, Crystal Palace and even Tottenham. He has been compared to Didier Drogba who also played for Chelsea.

Sadio Mané to Liverpool for £34M
Liverpool have made quite a few questionable transfer decisions over the past several years, although fans believe that with Klopp in charge those sort of things won’t be happening anymore. Liverpool paid £34 million for the transfer of young Senegalese winger Sadio Mané. Even though he is only 24 he has already been capped for his national team 30 times.

Mané played for the Southampton in the last two seasons and he is the player who scored the fastest hat trick in the Premier League. Mané managed to score three times against Aston Villa in less than 3 minutes. With his £34 million transfer Mané became the most expensive African player in history. 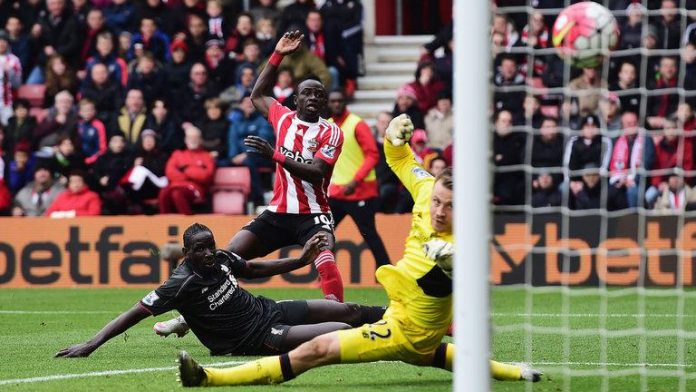 Henrikh Mkhitaryan to Man United for £35M
Henrikh Mkhitaryan has already been targeted by several English clubs, including Liverpool and Arsenal. However, it is Man United who managed to get hold of this powerful attacking midfielder who can also play as a winger. Mkhitaryan already started training with United’s new manager Jose Mourinho. Reportedly, Manchester United paid £35 million for the player, even though other amounts were mentioned. Mkhitaryan is an Armenian international who played for Borussia Dortmund these past 3 seasons.

Granit Xhaka to Arsenal for £36M
Arsène Wenger is not very keen on spending larger amounts of money on players. However, in the past few seasons he seems to have realised that sometimes you have to pay up if you want to stay competitive. That is why Arsenal’s acquisition of young Swiss midfielder Granit Xhaka is one of the most expensive transfers this year. Arsenal paid somewhat an amount around £36 million. There have been some suggestion that the sum might be closer to £35 million, but it is almost certain that the transfer was higher than £35 million.

Different figures were quoted for different transfer this year, mostly due to the sharp decline in the value of the pound sterling following the Brexit decision. Xhaka played for Borussia Mönchengladbach during the past four season where he was very successful.

Hulk to Shanghai SIPG for £46.4M
Chinese clubs emerged as key players on the transfer market these following few seasons. Jiangsu Suning paid almost £40 million for Shakhtar’s Alex Teixeira in the January transfer window and Guangzhou Evergrande paid over £33 for Atletico Madrid’s Jackson Martínez. The top transfer in this transfer window so far, and one of the top 20 transfers in history also involves a Chinese club – Shanghai SIPG. Shanghai paid £46.4 for Brazilian international Givanildo Vieira de Sousa, aka Hulk.

It is even more surprising if we know that Hulk is already 29 and it is not very often for clubs to offer such amounts for players who are at that age. Hulk has scored 238 in his career in 427 appearances.