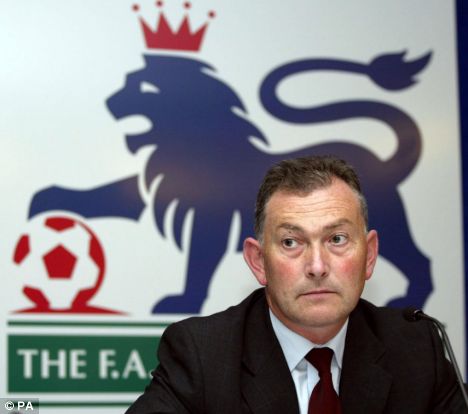 Hearing managers complain about players being asked to play too many games during the season, or being quick to bemoan the impact of international fixtures, you’d think that clubs would be desperately looking for ways to alleviate the number of games they play during the course of the season.

Except, that if those games can bring in some extra cash, then what does it matter? After all they are only players.

The double standards of Premier League teams astounds me on this matter. Many managers are quick to admonish the demands of ‘lesser’ competitions such as the Capital One Cup, international friendlies and qualifiers, the Europa League and even the FA Cup. They bleat on incessantly about how too much is expected of their players and how the toll of so many games will lead to key players being injured or exhausted.

The same managers then put pressure on international managers not to play players for the full ninety minutes, or to not play them or select them at all. They select reserve teams, or even youth teams in the Capital One Cup, and then when the team actually reaches the latter stages, the players that got them there are ditched and more established players brought in. Because they might win it now and there’s glory and money in that.

Then waft the smell of filthy lucre across the training ground and suddenly, travelling thousands of miles to play a 39th Premier League game on cash-strewn foreign fields, suddenly becomes a great and innovative idea once again.

When Richard Scudamore, former Premier League chairman, first mooted the idea of a cash-rich 39th game for Premier League teams. They quickly voted against it. “We play enough games as it is” admonished the teams thinking that there wouldn’t be an awful lot in it for them other than a lot of travelling for an extra 3 points.

However, as many clubs are finding out. The Premier League paths are paved with gold in certain parts of the globe with many clubs undertaking highly lucrative tours of the Far East, Australia, South Africa and America in recent years.

These games, although meaningless friendlies, have attracted huge attendances and opened clubs eyes as to just how potentially lucrative playing a meaningful Premier League game could well be in these countries.

Imagine it, if you can get almost 90,000 Americans to pay $20 to watch a meaningless friendly in a souped-up pretend competition during pre season between Liverpool and Manchester United. How much would they pay to watch the same game if it was in the Premier League? $40? $60, $80?

Now that clubs are well aware of the premium on the head of real Premier League games abroad, this potty idea has been brought up once again. Clubs are expected to vote on the idea of playing a 39th game abroad over one weekend across a number of venues across the globe. Other than financially, it makes absolutely no sense to do so.

But finance has a tendency to be a persuasive argument in the face of all others.

How Will It Work?

I am completely confused as to how this will work fairly. Let’s say you are Chelsea and are contesting the title with Manchester City. On your 39th fixture, you are flown to Kuala Lumpur to take on Swansea City.

City on the other hand are flown to Chicago to take on Manchester United because it is a massive game and will bring both clubs in a huge amount. Let’s now assume Chelsea beat Swansea and City and United fight out a draw. Then come the final table, Chelsea beat City to the title by one point.

Is it fair that Chelsea’s extra game was against Swansea, while City were forced to take on tougher opposition?

The whole idea is riddled with flaws, but because it is likely to be a money-making idea, clubs will be interested. Suddenly their moral high ground of being concerned for their players, goes out the window at the behest of the American dollar, the South African Rand or the Malaysian Ringgit.

If clubs are going to play 39 games in a season, how will it be decided who they are playing fairly? Will it be a random draw? Will it be 1st v 2nd, 3rd v 4th, 5th v 6th and so on, if so when will the places be finalised so tickets can be printed?

Also when in the already hectic football calendar will these games be played? At the start of the season? It seems to make sense given that most Premier League clubs seem to be heading to foreign climes anyway. But how do you then ensure fair matches?

How would you feel as a Burnley fan if you are relegated by one point, due to the fact an opponent picked up a win in the 39th game, when they played another relegated team, while your 39th game was against a genuine title contender?

It is a nonsensical idea, driven by green and the lust for more money. It has no benefit to the Premier League other than fattening the coffers of the clubs within it.

Clubs will argue that NFL and NBA teams have played games abroad, but their league set up is vastly different to the Premier League which has always been based on playing each team once at home and once away from home. Alter that and you alter the fairness of the Premier League irrevocably and risk making a mockery of it.

So I hope clubs flatly reject this offer, but I fear that money will talk and that very soon, Martin Tyler and co will be winging their way to Tokyo, New York and Johannesburg for next week’s Premier League action.