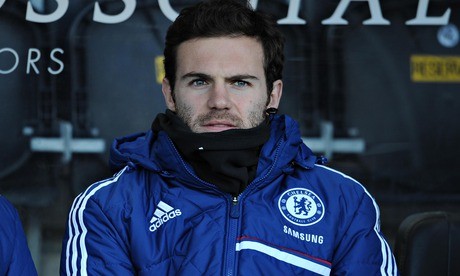 Manchester United have broken their club transfer record by paying a reported £37m to seal the capture of Chelsea midfielder Juan Mata.

According to the Daily Mail, Chelsea boss Jose Mourinho signed off on the deal following talks with the club executive and the Spaniard is set to have medical in Manchester on Thursday.

The 25-year-old Spaniard is set to sign a four-and-a-half year contract with the reigning Premier League champions.

United have had a torrid season so far, with the club six points off the pace in the race for fourth place – and Champions League football next season, but Mata’s addition will be a huge boost to the squad.

Mata had found his opportunities at Stamford Bridge severely limited this season under Jose Mourinho, and had not played for Chelsea since New Years Day.

The Guardian reports Chelsea will now consider whether to move for Inter Milan’s highly rated midfielder Fredy Guarin and the Blues might sanction a loan move for Michael Essien.

Manchester United are also looking to send winger Wilfried Zaha on loan to Cardiff City, once they complete the signature of Mata.

Manchester United believe they could complete all the formalities quickly so that Mata can make debut against Cardiff on Tuesday.