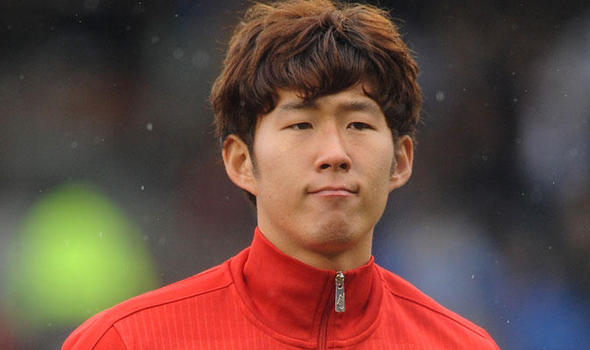 Tottenham Hotspur have confirmed they have agreed a deal to sign with Bayer Leverkusen for the transfer of star forward Heung-Min Son.

The 23-year-old’s move to White Hart Lane is subjected to international clearance and work permit. He has signed a five-year contract with the Premier League club on Friday.

A statement on Tottenham’s official website read, “We are delighted to announce the signing of Heung-Min Son from Bayer Leverkusen, subject to work permit and international clearance. The forward has signed a contract with the Club until 2020.”

According to The Mirror, the deal for the South Korean will see the North London club splash around £22m for his signature. Son came up through the ranks of Hamburger SV’s youth team, before being promoted to the first team in 2010.

Three years later, the South Korean international moved to Bayer Leverkusen, which was the stepping stone for him to make his move to England. During his time in Germany, he has found the back of the net consistently and he will be hoping to do the same with Tottenham.

The Asian forward’s arrival will give the Argentine manager more options during the team selection when he picks up his striker. In addition to this, Son can also act as a back-up for star striker Harry Kane.