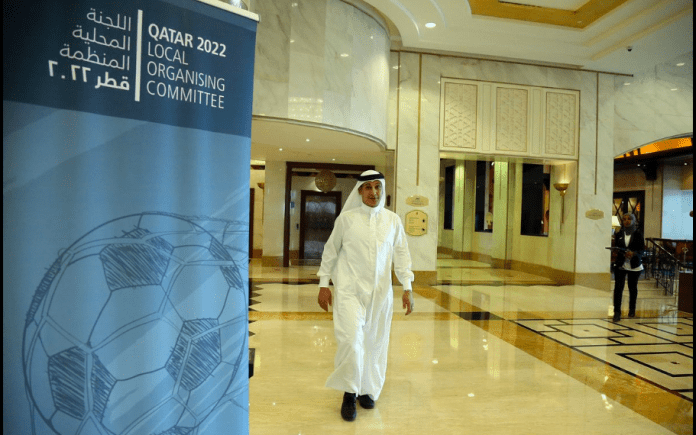 Ever since Qatar won the rights to host the FIFA World Cup in 2022, there has been some controversy or the other. However, the prospect of the country hosting the World Cup has received its biggest hit yet, with the Gulf being affected by what has been called the “biggest diplomatic crisis in years”. Arab nations namely Saudi Arabia, the United Arab Emirates, Egypt and Bahrain cut ties with Qatar, accusing it of “destabilising the region with its support for Islamist groups”. The countries have closed the only land route into what is already a very tiny peninsula and have refused to allow the use of their sea ports and airspace.

FIFA have given a statement via e-mail that it is “in regular contact with the Qatar 2022 Local Organising Committee and the Supreme Committee for Delivery and Legacy handling matters relating to the 2022 FIFA World Cup”.

“We have no further comments for the time being,” it added.

Qatar’s LOC (Local Organising Committee) for the World Cup and the Asian Football Confederation (AFC) have both declined to comment.

In the lead-up to the tournament, the country is scheduled to host multiple events across many different sports, aimed at improving infrastructure and expertise. The country is organising 72 events (39 international) this year, and the possibility of the same looks very bleak, at least momentarily.

The possibility of the World Cup itself has been in question ever since it was announced in 2010, that the small, but a very wealthy nation with little connection with football, would be hosting the World Cup. What is happening at the moment is undoubtedly the biggest crisis it has faced because this coordinated move by the nations mentioned earlier, affectedly intensifies a dispute over Qatar’s support for Islamist movements, including the Muslim Brotherhood.

For over two years now, Qatar has frequently and unequivocally refuted the accusations of it funding extremist groups.

Its foreign ministry said in a statement responding to the blockade, “The state of Qatar has been subjected to a campaign of lies that have reached the point of complete fabrication. It reveals a hidden plan to undermine the state of Qatar.”

The FIFA World Cup Qatar 2022 has been intended to project Qatar on to the global stage via sport; that the World Cup will boost the country’s profile, and subsequently help in its diplomatic relations. Now, although there are five years to go, there are significant doubts about whether the tournament will take place at all.