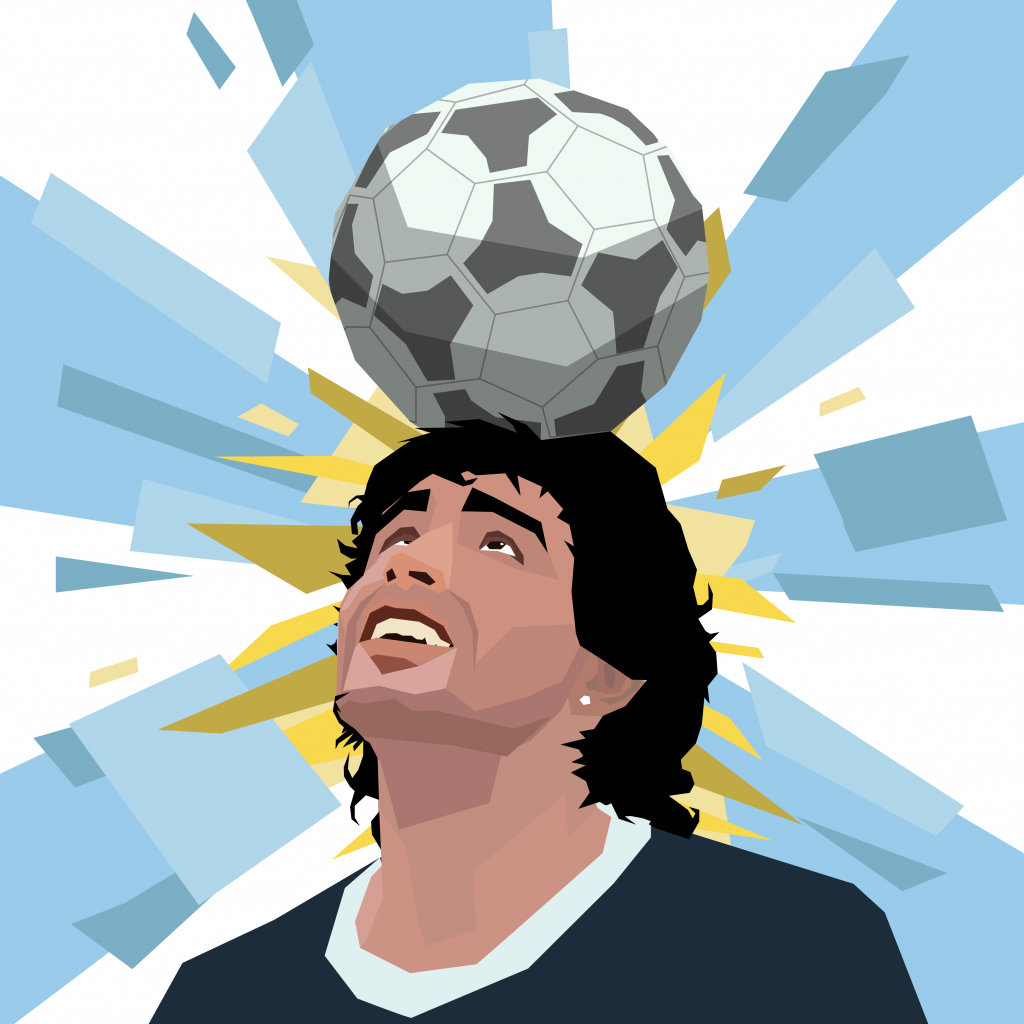 2020 has been quite the year, one for the history books, for better or worse. We break down the 10 things we will remember 2020 for.

Lunch is on Marcus: Rashford’s campaign to help school children 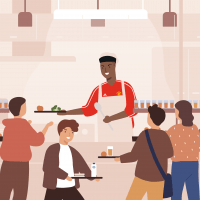 Footballers have a unique position of influence, especially the younger ones in today’s era, with their millions of followers on Twitter and Instagram. While almost all players take part in some form of community service or philanthropic endeavours, Marcus Rashford decided to use his social media as a platform to appeal to UK lawmakers who were about to end a program that allows free lunches to millions of schoolchildren.

Eventually, the lawmakers decided to cave into his request and made sure the program stays running. This not only bought to light the potential influence a young footballer can have in today’s world but also gave a sense of responsibility to them.

Rashford was awarded the high honour of being an MBE at just the age of 22, however, he didn’t just stop there. He now is spearheading a child food poverty task force, in order to tackle the problem further.

Return of the Legends: Players returning as managers 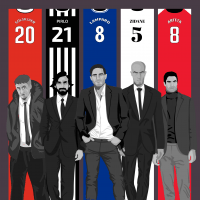 There is no such requirement to be a manager in football. For example, Maurizio Sarri used to be a banker before he started managing. However, 2020 has seen a small trend starting to solidify into a strategy most leading clubs have started using.

We heard of Zidane coming back to manage the club where he is widely regarded as a legend, and then there was Ole Gunnar Solksjaer for Manchester United, Frank Lampard for Chelsea and Mikel Arteta for Arsenal in the Premier League. 2020 saw the signing of Andreas Pirlo as Juventus manager and Ronald Koeman as Barcelona’s.

Most of these have hardly any first-team managerial experience but are widely supported by the fans because of their exploits as a player.

For now, some of the most popular clubs of the world have undertaken this strategy, yet it’s too soon to say if it’ll work out, as most of them have yet to win a trophy for their club as a manager, even after winning many as players.

Bielsa the tactician: Bringing Leeds back to the Premier League 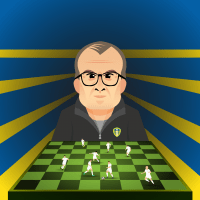 If there was one team that really needed to get back to its glory days, it was Leeds United. Leeds fans have had to go 16 years without seeing Premier League action. While they are not in contention for winning the league yet, they definitely look like they belong to the topflight.

Much of this newfound success can be attributed to the Marcelo Bielsa.

The Argentine, lovingly dubbed as ‘El Loco’ is a true master tactician of the game. Since being promoted in 2020 Bielsa’s Leeds has already become an entertaining side to watch.

It’s just their first year but under Bielsa’s leadership, Leeds United is really looking like a club that’s here to stay.

The kids got it: It’s all about the youth 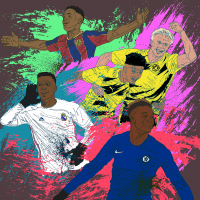 Football has always been a young man’s game. Most clubs look forward to slowly integrating the youth with the expertise and experience of the veteran players. Such is still the case, however, there is a clear shift towards how much managers have started trusting the youth, with more and more clubs having record-breaking low average players ages this year.

Most of the prolific strikers around the world have also started being the younger players, which leads to them dominating headlines and hearts of fans everywhere.

Players such as Dortmund’s Haaland & Sancho, Barcelona’s Ansu Fati, Real Madrid’s Vinicius Jr. are now one of the most sought-after players in the world.

A true lover of the beautiful game: Remembering Maradona

Few players can be considered the best in any sport, and fewer still for the world’s most popular sport, yet there will be no debate on whether Maradona was one of the best the game ever produced or not.

The man was considered a maestro and even now teammates, rivals and anyone who ever had the opportunity to see him play can’t forget him. Diego Maradona had a connection with the ball which players can only dream of achieving, he could make the ball do his bidding.

Maradona passed away from a heart attack in November 2020. He will always be remembered best for inspiring Argentina to a World Cup win in 1986. His personal life after retiring from playing was full of controversies, yet they will never scar the respect and awe the footballing world has for him. 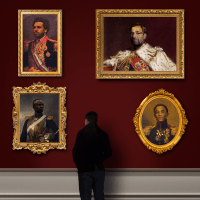 There was a time when Liverpool was the most successful team in England, having won it more times than anyone else. That time was 30 years ago, Manchester United had taken over their League win record, and the fans had not seen cup glory since decades. Their faith was rewarded, however with the arrival of Jurgen Klopp from Dortmund in 2015.

It wasn’t easy, but with strategic transfers and meticulously planned training and tactics, they first tasted the coveted Champions League win last season, after failing in the finals a year before. Nobody was surprised when they won the Premier League this year, and with it finally, came confirmation that the glory days of Liverpool were officially back.

Names like Klopp, Salah, Trent Alexander-Arnold and Mané will be talked about years from now as part of a dominant force that took not just the Premier League, but the world by storm.

Barcelona’s woes: A year to forget 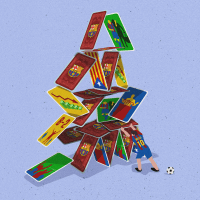 Barcelona has been quietly deteriorating over the past couple seasons, this is no secret. However, this came into full public attention when they were thrashed 8-2 by an unstoppable Bayern Munich team.

What followed is a chain of events that dominated headlines for months. The first being that Messi is clearly unhappy there, a series of comments made to the press seemingly confirmed it, and the whole footballing world sat up to see which club he would opt for next, Manchester City and PSG being favourites. Fans even started rallying outside the club’s gates asking for answers and expressing their undying loyalty for their hero. Eventually, Messi ended up staying at Barcelona, though no one feels confident he is going to stay for long unless things change.

Things did change, Bartomeu, the club’s president resigned along with the other board members. However, until now the change at the top level has changed little on the pitch. 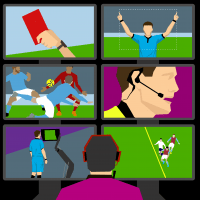 Nowadays it’s rare for a football weekend to happen in the Premier League without a controversial VAR decision. While an idea that sounded great and necessary in theory, VAR has yet to be the polished refereeing tool it was promised to be.

Jordan Pickford’s tackle on Van Dijk, Maguire on Azpilicueta, Eric Dier’s handball against Newcastle, 2020 has been full of plenty of controversial VAR decisions.

Fans have started making compilation videos of the VAR mishaps and it has become a product of a passionate criticism. It has a long way to go, yet VAR is something the game needed, we can only hope they get it right and more organized soon. 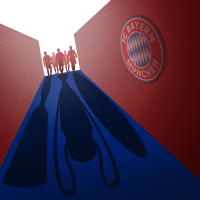 8-2 against Barcelona. That scoreline alone warrants a mention on this list for Bayern Munich. Bayern Munich has been a total juggernaut this year.

Hansi Flick’s team tore through tournament after tournament in 2020. They won 21 games in a row and took advantage of a surprisingly deep squad with the likes of Lewandowski, Muller, Coman, Davies, Neuer all playing like a team with something to prove.

They eventually ended the season with a historic treble of the Champions League, Bundesliga League and the German Cup. It remains to be seen how much of that success they will repeat in 2021, but one will definitely think twice before betting against them. 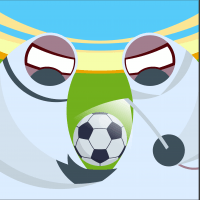 To no one’s surprise, the year 2020 will forever be remembered just for one thing: The Coronavirus pandemic. In a year with almost all the countries going into lockdown, large scale unemployment, deaths and infections happening every day, economies collapsing, football was a much-needed distraction

During a historic suspension of leagues worldwide for a few months, we saw how players and the footballing world tried their best to keep hopes up with online tournaments, online streaming and social media videos. After some months that seemed to last forever, football finally returned as leagues worked to wrap up their season on schedule. This saw and introduction of several new rules and changes trying to make it as safe as possible.

Though it’s not all gloom and doom. 2020 is ending now with things barely back to normal, but at least headed in the right direction. Fans are slowly being allowed back to the stadiums. Teams have learnt the most effective and safest ways to play, leading to fewer COVID scares. There is a sense of much-needed normalcy and joy which we get every week when we see our favourite clubs compete again. A special something which this beautiful game provides.

Shadab Wajih is an award-winning art director, graphic designer and an illustrator based in Miami, US. Besides his design and advertising work he also prides himself on his FIFA managerial skills. You can see more of his work, contact or complain to him on his Instagram: @snikt13