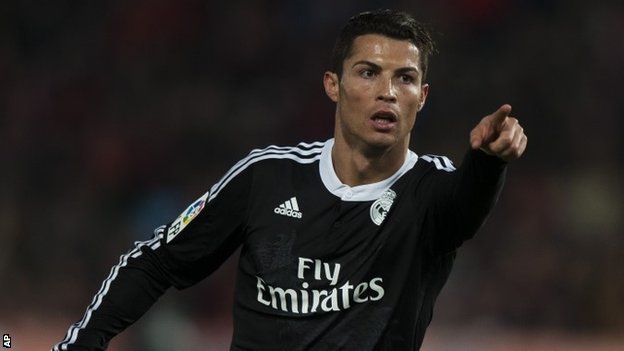 As we near to the end of 2014, it might be interesting to look back on the year and see which player scored the most goals in all competitions for club and country. The familiar names (or the usual suspects) are of course Cristiano Ronaldo and Lionel Messi as they have topped this list in each of the last 5 years.

The first thing you see is of course the gap between the duo of Cristiano and Messi and the rest of the pack as second-placed Messi has 22 goals more than third-placed Karim Benzema. It is also important to note that of the top 5 goal scorers this year, 4 are playing in La Liga (2 from Real Madrid, 2 from Barcelona). Which is to be expected when you consider the attacking forces of the 2 most dominant teams in Spain (Real and Barca). The only one from the top 5 goal scorers who is not in La Liga is of course Zlatan Ibrahimovic, which really highlights the class and quality of the player as he has been out injured for almost half this season yet still did well enough through out the year to finish in the top 4. Finally in the 5th spot is Brazilian starlet Neymar who has scored more goal with his national team than any other player on this list [15]. He has excelled through out the year with Brazil, admittedly he played a lot of friendlies, and has particularly found his groove with Barca this season as he has already scored 11 goals in La Liga this season.

However Cristiano Ronaldo, for the second consecutive year, will finish as the top goal scorer with his 61 goals. His goal tally is especially noteworthy as he became the first European player ever to score 60 or more goals in 4 consecutive years. Among all of the records Cristiano has broken and/or achieved, this record might be the one that demonstrates his inhuman consistency more than any other record. Thanks largely to his goal tally in 2014, coupled with his 4 titles and 7 individual awards, it does seem likely that Cristiano Ronaldo will be lifting his 3rd Ballon d’Or in less than a month in Zurich.

Eager to discover more info about phone slots? Then take look at the most profitable mobile slots in Australia. Highly-qualified gambling experts have covered providers, payout percentages, and additional aspects.