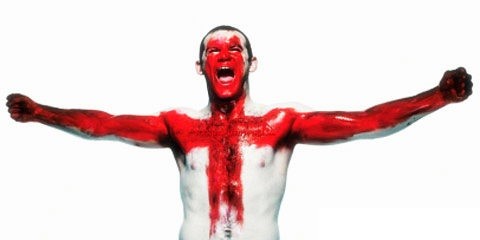 English players have always been a favorite of the media. With that said, some of the players seem to have tried their best to attract media attention.

Here are some of the most interesting stories from the lives of footballers from England:

Jack Robinson, an English goalkeeper who first started playing in the 19th century, ate a plate of rice pudding before each match as he thought it gave him good luck. On the one occasion where he couldn’t have his pre-match rice pudding he conceded a staggering 11 goals.

The most expensive £1 coin

Liverpool defender Jamie Carragher lost his rag when he was hit by a £1 coin during an FA Cup tie against Arsenal in 2002.

The Liverpool legend picked up the coin and hurled it back into the crowd which prompted the referee to send him off, Liverpool to fine him £40,000 and England to drop him.

Macclesfield Town mascot Roary the Lion was shown a straight red card following a player’s brawl in a match against Lincoln City in 1998. It transpired that the mascot had been making obscene gestures towards opposing players and fans while the brawl was taking place.

David Pratt lived up to his surname when he was sent off after just three seconds during the game between Chippenham Town and Bashley in England, 2008. Pratt launched into a horrific challenge on an opposition opponent which left the referee with no choice but to send him from the field.

Rodney Marsh was well known during his playing days for having a quick wit. He cracked a joke in 1973 at the expense of England boss Sir Alf Ramsey, which caused the legendary England boss to stare him down in front of the dressing room and he never played for England again. He secured nine caps in his international career. 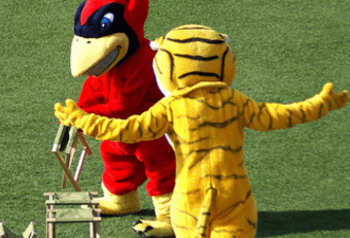 Former Queens Park Rangers assistant manager Bruce Rioch was left stunned when he learnt that he had been sacked from his job via the old British information TV service Ceefax. No one had physically told him about the decision to relieve him of his role in November 1997.

The wife of Everton goalkeeper Richard Wright took marriage to another level when she agreed to have the birth of the pair’s first baby induced. The reason was so that Wright would not be forced to miss an important match for the club as he was on the fringes of the England squad at the time.

Fan in the dressing room

An England fan managed to get into the England dressing room following the 0-0 draw against Algeria in the 2010 World Cup. It turned out that the fan was desperately looking for the toilet in the stadium but media reports suggested the fan had broken into the dressing room to have a go at England’s players.

No goal, no shave

Bury FC’s Robbie the Bobby has one of the worst discipline records for a football mascot. He was sent off a total of three times in three months in 2001 for a 30 yard run and celebration, for mooning after goals twice in one game and after a fight with Cardiff City mascot Barclay the Bluebird.