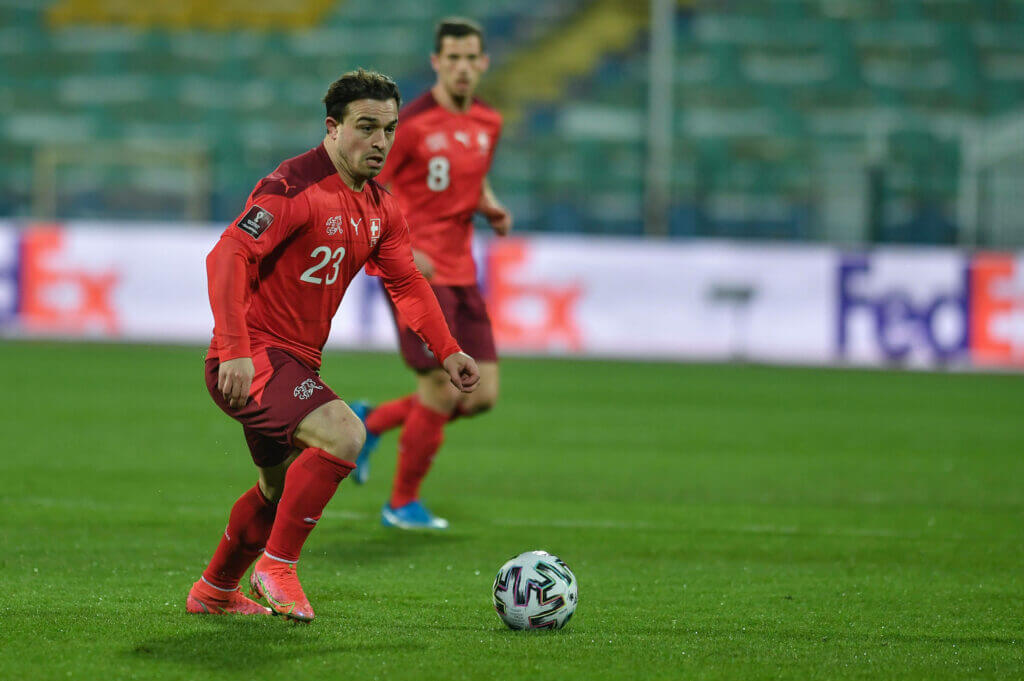 Shaqiri set up two goals in three minutes as Switzerland earned a 3-1 victory in their first 2022 World Cup qualifying match, and Reds fans have raved about his performance on Twitter.

The 29-year-old has played a bit-part role for Liverpool this season under Jurgen Klopp, with injuries hampering his regular involvement.

Liverpool have a wealth of attacking midfield options, and Shaqiri is way down the pecking order at the club. He has managed only 18 appearances this season, but he is a regular starter for his country.

Shaqiri produced a fantastic creative display as he made his 87th appearance for Switzerland on Thursday.

All three Swiss goals came in the space of six first-half minutes.

The former Bayern Munich midfielder started in the number 10 role behind Haris Seferovic and Breel Embolo.

Shaqiri then set up Seferovic for the second goals after 10 minutes. Moments later, Switzerland went 3-0 up after a delightful cross from Shaqiri was headed home by Steven Zuber.

Klopp will be very pleased to see Shaqiri doing so well for his country. Here are some of the selected tweets from Liverpool fans:

Xherdan Shaqiri is playing like Messi tonight,, I swear that man is on fire today for the swizz.

Xherdan Shaqiri with a massive performance tonight. Two assists and did all the work for Switzerland’s third goal, when they beat Bulgaria by 3-1. There’s so much football in Shaqiri on his good days, it’s actually incredible.

He’s quality, but I feel he simply doesn’t want it enough sometimes and loses a lot of duels, which is probably why Klopp doesn’t always trust him.

I think Klopp was affected by his early days in Liverpool. He's playing more safe than very attacking football which is why players like Shaqiri get limited playing time. He'll do well under a bold manager.

On his day Shaq is definitely a world beater, extremely talented player he could easily be a starter for a decent club

Such a good player if he could stay fit.

So where's this player for liverpool

In other news, Jose Mourinho has hit back at his critics.