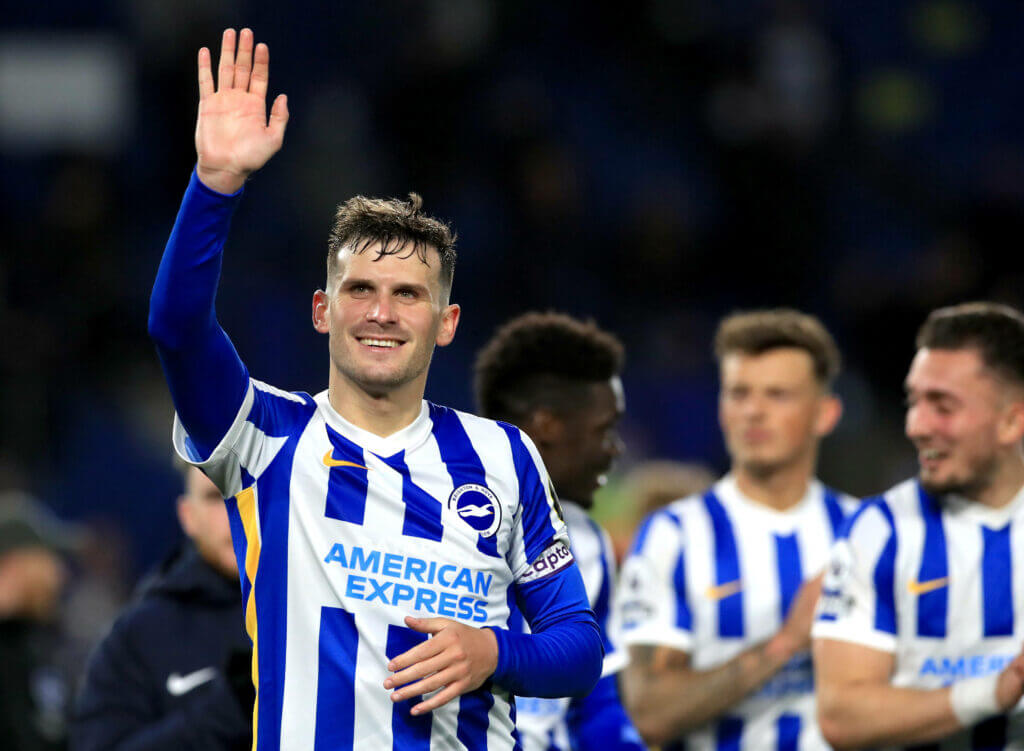 Liverpool could be looking to bolster their midfield this summer.

According to reports from Italian media outlet Tuttomercatoweb, the Reds are interested in signing Brighton & Hove Albion midfielder Pascal Gross.

The 29-year-old is ready for a big move this summer.

The German midfielder is also attracting interest from clubs in Italy, but it is the link with Liverpool that is the talking point here.

Gross was impressive last season for Graham Potter’s side, where he managed eight assists.

Brighton produced some eye-catching performances over the course of the campaign under Potter but lacked a ruthless finisher.

The Reds are likely to be on the market for a new midfielder this summer.

Dutch midfielder Gini Wijnaldum has left the club following the expiry of the contract. He is set to join French giants Paris Saint-Germain.

The futures of Alex Oxlade-Chamberlain and Naby Keita are also in doubt, while Xherdan Shaqiri is another player who could be offloaded.

Gross may be the kind of player Jurgen Klopp is keen to sign.

Having said that, he will be a very underwhelming signing for the club.

He would be a low-cost option. Gross, who is on £50k-per-week wages, will soon turn 30, and doubts remain whether he can actually make any huge difference to the side.

Is he the kind of player the Reds should be looking at to replenish the void of a player like Wijnaldum?

Gross is undoubtedly a decent player, but Liverpool should be aiming higher.