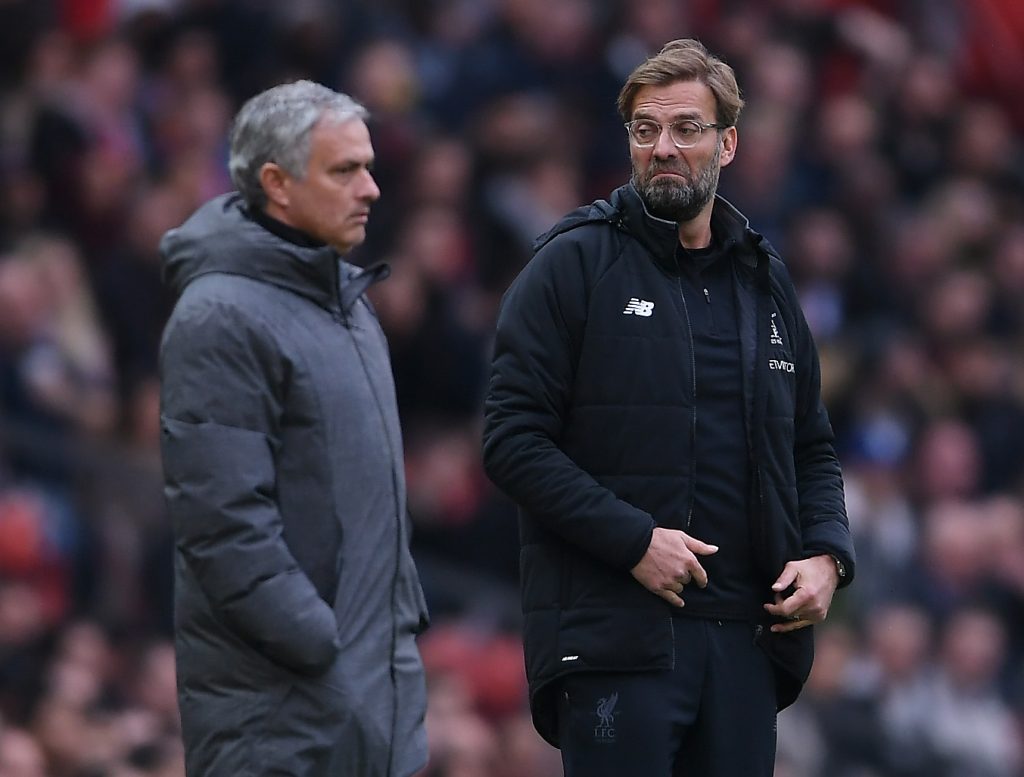 This is the 12th meeting of the two, with Klopp having the favourable head-to-head record, winning five and losing just two of the previous 11 occasions.

Level on points at the summit 🗻

Which of the two managers would you rather have in charge of your club right now? 🤔 #LIVTOT pic.twitter.com/eVCYuTQHnG

However, this time around, there is an extra edge to the fixture. Tottenham sit top of the Premier League table, with Liverpool behind on goal difference alone. Last season’s champions should provide a real test of Tottenham’s title credentials.

The Reds boast the most lethal frontline in the division, scoring 27, while Spurs have conceded the fewest goals in the league, letting in just ten.

To make matters even more interesting, Mourinho has added fuel to the fire with his pre-match comments, claiming that Liverpool’s perceived injury crisis is exaggerated.

We hope it will be an interesting watch. And, if it’s anything like some of their previous encounters, we could be in for a treat.

In the 2012/13 season, Borussia Dortmund faced Real Madrid four times, having been drawn in the same Champions League group, then later meeting in the semi-finals.

The third of those meetings was the one that stood out. Polish forward Robert Lewandowski gave The Black and Yellows an early lead, converting from Mario Gotze’s cross, but Cristiano Ronaldo equalised shortly before half time.

The second half was all about Lewandowski, as he found the net another three times to give Borussia Dortmund a 4-1 lead going into the second leg.

Real Madrid came close to an incredible second-leg comeback with late goals from Karim Benzema and Sergio Ramos, but the German side held out and made it to the final.

A few weeks later, Los Blancos were defeated in the Copa del Rey final to Atletico Madrid. This, coupled with their failure to retain the La Liga title, led to Jose Mourinho’s exit from the Bernabeu by mutual consent. He described the season as the worst of his career.

The start of the 15/16 season is not one that Chelsea fans will look back on with much fondness. Having cruised to the title just a few months earlier, the Blues found themselves in 15th place after ten games, after picking up just 11 points.

On only his third game in charge of Liverpool, Jurgen Klopp compounded Chelsea’s misery further.

Ramires put Mourinho’s men 1-0 ahead in the fourth minute, heading home from a deflected cross, but Philippe Coutinho levelled with a beauty in first-half injury time.

Coutinho got his second in the 74th minute to give the Reds the lead, and Christian Benteke later struck to seal Klopp’s first win as Liverpool manager.

Off the back of four wins in a row in all competitions, Jurgen Klopp’s Liverpool arrived at Old Trafford in high spirits. However, these were quickly dashed by an inspired performance from Marcus Rashford.

The young Englishman bagged his first of the game in the 14th minute, latching onto a flick-on by Romelu Lukaku, twisting past Trent Alexander-Arnold, and emphatically finishing into the far corner.

Ten minutes later, Rashford had his second, finishing into the same corner via a small deflection off Alexander-Arnold.

A second half own goal by Eric Bailly gave Liverpool the chance of a comeback, but it ended 2-1 to the hosts.

Eight months on from the Rashford brace at Old Trafford, Klopp’s Reds got revenge in perfect fashion.

Sadio Mane made it 1-0 to the home side after he slammed in from Fabinho’s floated through ball before Jesse Lingard equalised following Alisson’s spill.

Second-half substitute Xherdan Shaqiri ended up as the hero. During his 20-minute spell off the bench, he hit a brace of deflected efforts as Liverpool claimed all three points.

The result was a costly one for Mourinho. It left his side in 6th place with just 26 points from 17 outings – 19 points off top spot. The Portuguese was sacked two days later.