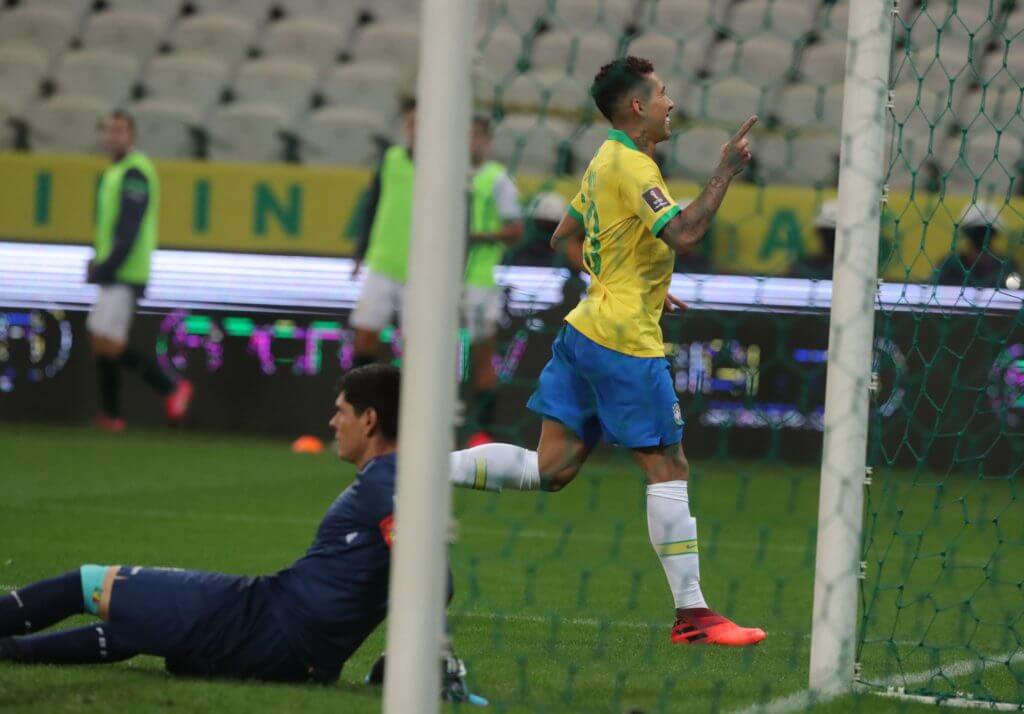 Liverpool striker Roberto Firmino has showered heaps of praise on his club teammate Mohamed Salah in a recent interview with FIFA.com.

The Brazil international forward has said that he is grateful to be playing at Liverpool alongside Salah and Sadio Mane.

The 29-year-old former Hoffenheim star scored twice in Brazil’s 5-0 win over Bolivia, and he is enjoying the new no 9 role for his country.

Firmino told FIFA.com about the Egyptian winger: “I admire Salah a lot. I love the way he plays. He scores a lot of goals.

“You wouldn’t believe how hard he works. I’m very grateful to play alongside him and [Sadio] Mane, another magnificent player.”

Salah has turned out to be one of the best signings made by Jurgen Klopp at Liverpool.

He has been simply phenomenal for the club in recent years and is a key player in Klopp’s system.

The world-class winger scores a lot of goals and he is equally good at creating chances for his teammates. The dynamism of the front three of Firmino, Salah and Mane are one of the major reasons why the Reds have won the Premier League and the Champions League in the past two seasons.

The former Chelsea attacking player has been in impressive form this season as well, scoring five goals in four Premier League games for the Reds so far this season.