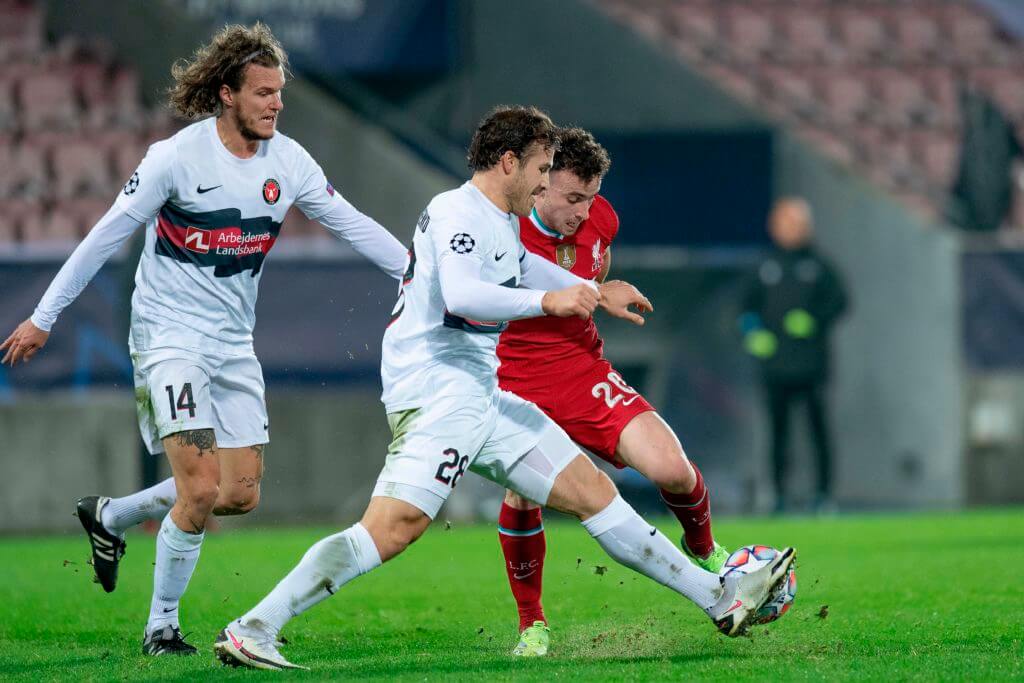 James Pearce of The Athletic has claimed that Diogo Jota is expected to return to Liverpool training by early February.

Jota, who joined in the summer transfer window from Wolverhampton Wanderers for a fee of £45 million, picked up a knee injury against FC Midtjylland on December 9.

The 24-year-old has made an instant impact at Anfield, and Liverpool are badly missing his energy and creativity upfront.

Liverpool’s goalscoring exploits have dried up in recent weeks, and the Reds haven’t found the net in their last three Premier League games.

Pearce has claimed on The Athletic post-match discussion yesterday that Jota is expected to return by ‘early February’, which means around three weeks time from now.

Jota has scored nine goals already in all competitions for the Reds, and Liverpool fans desperately want him to return to the side.

The front three of Sadio Mane, Mohamed Salah and Roberto Firmino are failing to deliver, with Liverpool struggling to create enough clear-cut chances.

At the moment, Liverpool are lacking a balance in their squad.

Jurgen Klopp needs to start with two natural centre-backs and bring both Fabinho and Jordan Henderson in midfield.

Without them, Liverpool are lacking energy and dynamism in the middle of the park. Also, the full-backs – Trent Alexander-Arnold and Andy Robertson – aren’t attacking enough in the fear that it could leave the defence brutally exposed.

With Firmino failing to maintain consistency, Jota’s return will provide Klopp with more attacking options. He is a versatile forward, and Klopp can use him in various systems.

It seems it won’t be long before he makes a return and plays a significant role in the second half of the campaign.