The highly talented centre back has made significant progress over the last 12 months and has been rightly awarded with a new deal.

Very happy to have signed a new deal with @chelseafc. Thanks to all who have supported me, the… https://t.co/Q0DNsQgy1F 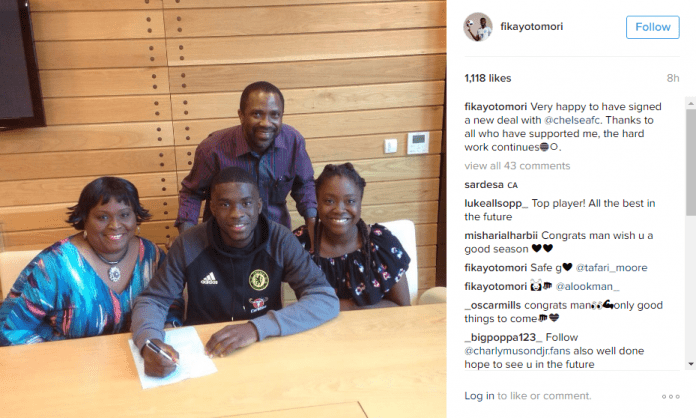 Tomori made his first team debut against Liverpool, towards the end of last season and will be looking forward to more opportunities like that.

The 18 year old defender was a key part of the Chelsea youth team that clinched the FA Youth cup and the UEFA Youth cup last season. Tomori was also recognized as the academy’s player of the year after his tremendous performances and growth in the youth levels.

Well done to Fikayo Tomori – our Academy Player of the Year! ?#CFCPOTY2016 pic.twitter.com/WsDlSNkrpJ

Tomori, a part of the Canadian U20 side is highly rated by the international team coach as well.

U-20 head coach Rob Gale describes Tomori as someone who ‘loves to defend’.

“He’s an out-and-out defender. He loves the 1-v-1 defending, he’s very good in those situations. He has a desire, an aggression about him, to win the ball back. It’s a trait we’ve almost lost in our modern defenders”, he said.

Speaking to the club’s media after signing his new deal, Tomori said: “It’s good for me, a confidence booster knowing I did well last year and being rewarded with a new contract. Now I’ve got to improve and show my worth,’ said the 18-year-old.”

“It’s been good to spend the pre-season with the first team, to learn from the older players and know what it’s like to be on a tour and see how they are preparing for the season.”

Belgian winger Adnan Januzaj is closing in on a transfer away from Manchester United according to the Italian media.

Tuttomercatoweb believe that Manchester United have already begun talks with Sunderland regarding a sale and a deal is close. The report adds that Sunderland have already submitted an offer and it will be a permanent transfer as opposed to a loan move.

The talented young winger’s progress has stalled due to the lack of game time at Old Trafford and after an unsuccessful loan spell at Dortmund last season, it seems that the Old Trafford giants are ready to get rid of him. 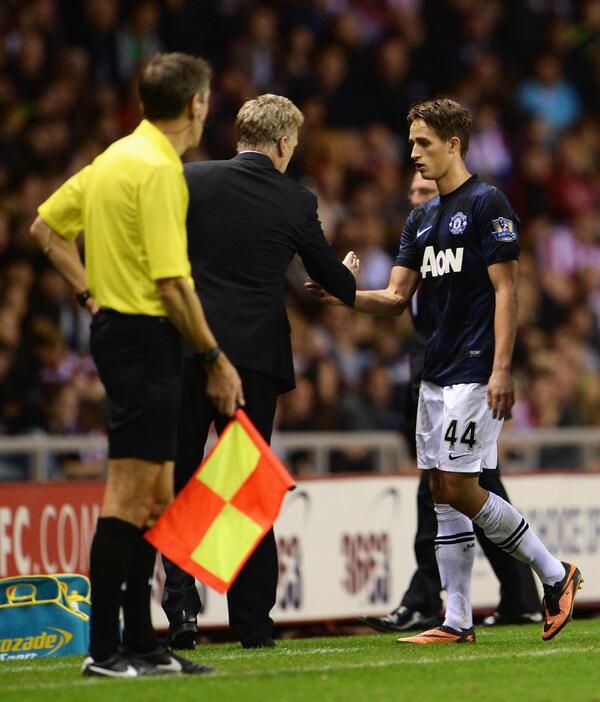 The new Sunderland manager David Moyes is interested in signing the Manchester United winger and recently confirmed his interest in the player as well.

Januzaj has worked with Moyes at United before and has flourished under him.

If a deal goes through, we can only hope that Januzaj fulfills his massive potential with regular first team football, under a manager who rates him highly.