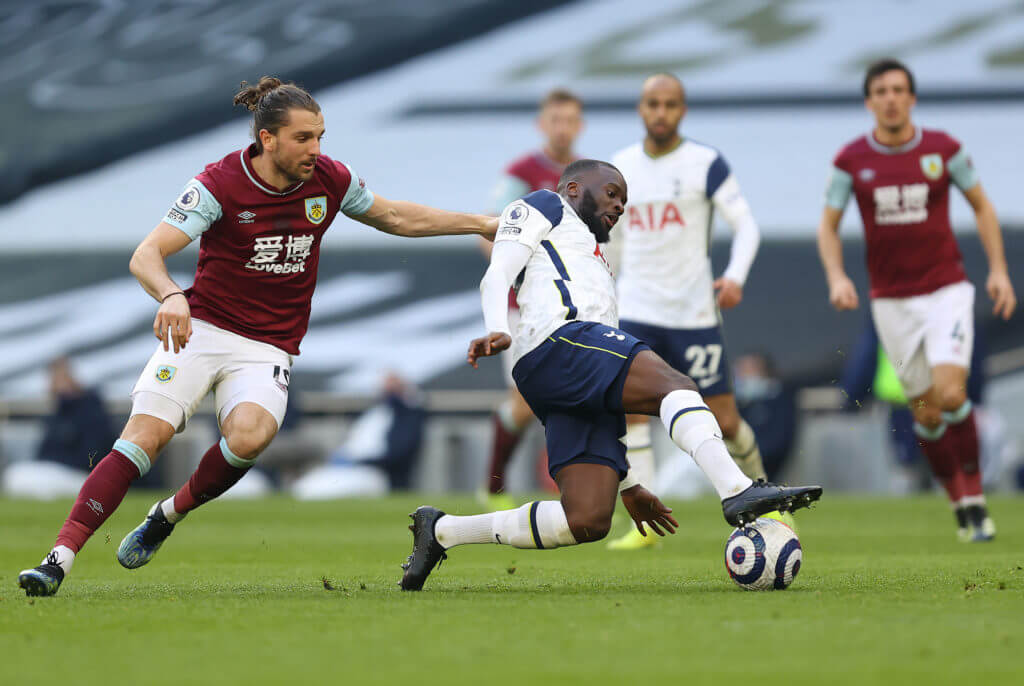 Tottenham Hotspur midfielder Tanguy Ndombele has revealed that he wanted to leave the north London club during the summer transfer window.

Ndombele struggled to find form and a regular place in Jose Mourinho’s Spurs side last season and it looked like the relationship between them was beyond repair.

However, the former Lyon midfielder worked on his fitness and forced his way into Mourinho’s plans. He has enjoyed a much better season for Spurs.

He has cemented his position in the starting line-up and has made 23 appearances in the Premier League (21 starts), scoring three goals and providing one assist.

In an interview with Football London, Ndombele has revealed that he spoke with Manchester United midfielder Paul Pogba about the Tottenham head coach.

“We spoke, we spoke about that but really quickly – it wasn’t like he gave me any advice because our situations were completely different,” said Ndombele.

“It’s true he worked with Mourinho but my own experiences weren’t the same and each relationship has its own characteristics.”

A host of clubs including Inter Milan were interested in signing Ndombele during the summer. The 24-year-old has revealed that he wanted to leave the club but chairman Daniel Levy decided against the move.

Ndombele has formed a solid partnership with Pierre-Emile Højbjerg at the heart of midfield. Mourinho has praised him highly at times this season, but the Portuguese boss believes the French midfielder is still capable of performing much better.