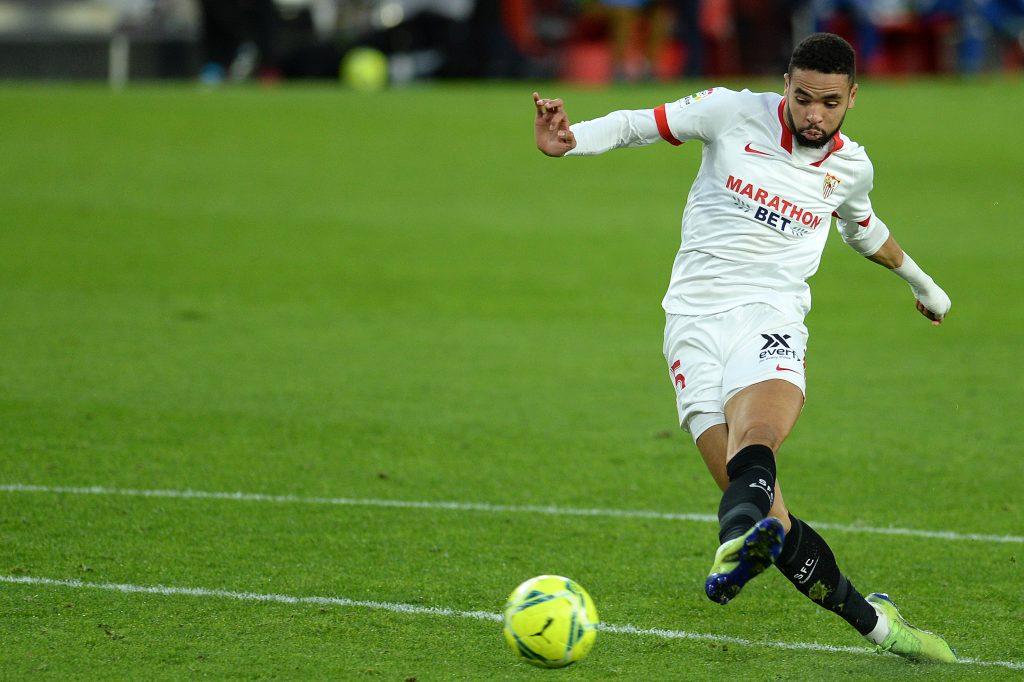 West Ham United have been linked with a move for the Sevilla forward Youssef En-Nesyri in the last few days.

According to Spanish publication Sport, the 23-year-old Moroccan attacker fancies the idea of playing for the London club.

En-Nesyri has 13 goals to his name in all competitions this season and he could be the long term replacement for Sebastien Haller.

It will be interesting to see if West Ham are now prepared to meet the asking price for the forward.

SL View: Significant asking price could be a gamble?

The 23-year-old has tremendous potential and he could develop into a top-class player for the Hammers.

We covered reports earlier that claim the player is valued at over €40 million by the Spanish club.

It would be a significant investment for the Premier League side but En-Nesyri is only 23 and he has plenty of time to justify that price tag.

That said, it would still be a gamble for the Hammers as the player would need time to adapt to the Premier League.

This is the first time the Moroccan has scored more than 11 goals in a season and there is no evidence to suggest that he could replicate his goal scoring form next year. He has 26 goals in his last five seasons in Spanish football before this one.

Also, there is the issue of him adapting to David Moyes’s style of football. Haller was a quality striker in the Bundesliga when he joined West Ham but he failed to adapt to Moyes’ direct style of play.

Sevilla have a different philosophy that has managed to get the best out of En-Nesyri and it remains to be seen how the player performs at the London club if he joins them.