Yaya Toure has never failed to stay in the news with his off-field antics during his time at Manchester City. Whether it be a tantrum over the club not giving him a cake on his birthday or a fit at missing out on a fifth successive African Player of the Year Award, the Ivorian has given the impression of a sulky and spoilt brat at times. It’s not different on the pitch – he’s easily the best midfielder in the league on his day, but can go missing when his heart’s not in it.

Toure’s agent Dimitri Seluk is never too far behind either, and he raised a few eyebrows earlier this month when he appeared to question Pep Guardiola’s credibility as a manager. The Bayern Munich man is the favourite to take over from Manuel Pellegrini at the Etihad Stadium next season after revealing his intention to move to the English Premier League.

“The truth is that my grandfather would win the title with Barcelona and Bayern Munich because they are big clubs with great players”, Seluk said.

“I’d like to see Pep take a club that is eighth or ninth and make them champions.”

Guardiola was the one who sold Toure from Barcelona to Man City in 2012 after deeming him surplus to requirements. It’s clear that the bad blood hasn’t gone away. Today, Seluk has come out and admitted that the player would look at offers coming his at the end of the current campaign.

“He will not move in January,” Seluk said in an interview to Sportitalia, as relayed here by the Guardian. “However, in the summer things can change. We are ready to listen to any offers that are on the table.”

Since joining in 2010, Toure has been a pivotal figure for City. He has played 250 games thus far and played a starring roles in both their Premier League title wins in 2012 and 2014. He has also won the FA Cup and the League Cup during his time in England. 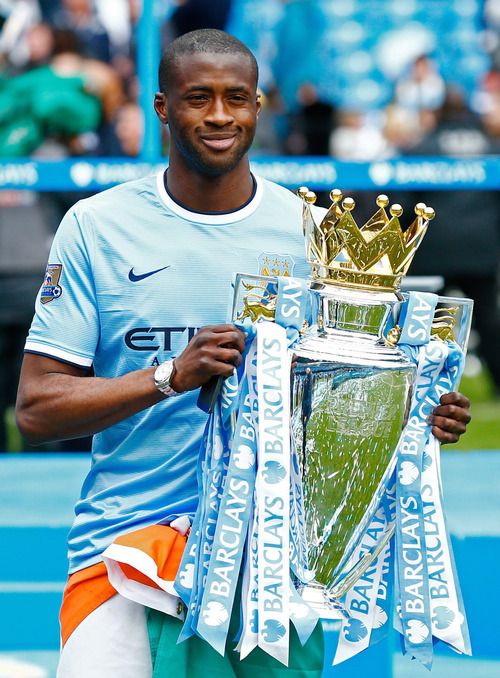 At 32, he still a few years at the top level left in him. It wouldn’t be surprising to see a whole host of top European clubs vying for his signature come the summer.