Xavi: No one will ever match Lionel Messi, not even Cristiano Ronaldo 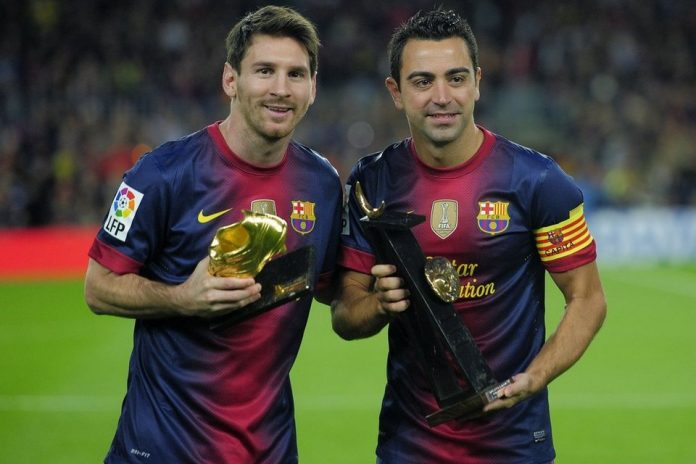 Barcelona legend and former midfielder Xavi Hernandez has claimed that there is no player in world football that can be compared to his former teammate Lionel Messi.

Messi faced a woeful summer after announcing his shocking retirement from international football in the wake of Argentina’s another defeat in a major tournament. Argentina lost to Chile in the final of Copa America for the second time in as many years, making it Messi’s fourth grand final without a win on the international stage.

Meanwhile, Messi’s long-term Ballon d’Or rival Cristiano Ronaldo enjoyed one of the best seasons of his career, winning the Champions League trophy with Real Madrid before leading Portugal to triumph in the 2016 European Championship earlier this month.

And despite the worldwide comparison between the two footballing icons, Spanish legend Xavi insists that no player is at the level of the Argentine striker.

In an interview with the Sport, the 36-year-old said: “For me, there is no heir to Messi. There will never be one. There will be very good footballers, but nobody at Messi’s level. To be at the top for so many years, winning so many individual and team trophies, will be impossible to surmount.

“Though now they try to sell the story of the Cristiano and Messi battle, those of us who know football, know there is no comparison.

“When Messi ends his career, there will be Neymar, Hazard, five or ten players at a similar level, but none with the unquestionable superiority of Messi.”

Messi was also handed a 21-month sentence and a £1.7 million fine for tax fraud earlier this month. The 29-year-old striker is likely to escape serve time and Xavi insists that Messi’s performances in the upcoming campaign will not be affected by his off-pitch problems.

“I don’t think so. How much time has he had to deal with the case? Two or three years now? And he is still the best in the world, making the difference and putting it in the top corner,” added Xavi.

“He is happy in Barcelona, I’m not saying he’s not bothered by some off the field issue, but on the pitch he is still the same player. It is great to have Messi, and he needs to be kept happy and content.

“But really, it doesn’t affect him. If there is someone mentally strong, that person is Messi. He has overcome it all.”