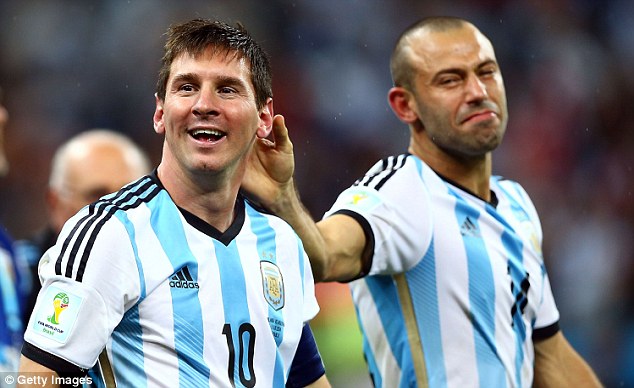 Argentina coach Edgardo Bauza has traveled to Spain to hold talks with Lionel Messi in his bid to persuade the star striker to come out of retirement from international football, the Guardian report.

Messi announced his shocking retirement from international football in the wake of Argentina’s defeat in the grand final of Copa America in June. Despite playing in four finals with Argentina on, the 29-year-old has failed to win a single major trophy for his country.

President of Argentina claimed last week that Messi will come out of retirement to lead the national team in the 2018 World Cup finals in Russia and now Edgardo Bauza, who took over as Argentina coach after Gerardo Martino stepped down after the dismal defeat in the final of Copa America, has revealed that he is set to ‘talk football’ with the Barcelona striker to resolve his uncertain future.

Bauza said on his arrival in Barcelona: “The sensations are good because I will talk about football, a language we both know.

“That talk will lead to a decision but I’ve not come to convince Messi, I’ve come to talk about football. He can tell me his frustration and I can express to him the idea that I have of the national team, so he feels comfortable.

“I’m here to talk to both Messi and Javier Mascherano and if I have time I’ll be travelling to another destination. I’m optimistic by nature,” added Bauza.

Argentine defender Mascherano future’s with the national team also remains in the balance as reports suggested in June that the veteran centre back is poised to follow Messi in retiring from international level alongside striker Sergio Aguero.

Messi and Mascherano are currently in Barcelona preparing for their season’s opener against Sevilla in the Spanish Super Cup on Sunday.