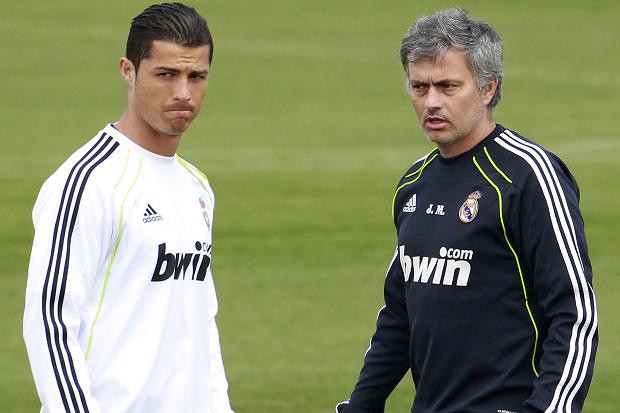 Real Madrid star Cristiano Ronaldo has appeared to have hit back at Jose Mourinho over criticism for his touchline antics in the final of the European competition last month.

After sustaining a knee injury early in the first half, the Portuguese skipper was forced off from Euro 16 final, but continued to furiously cheer and instruct his teammates from the touchline in the latter stage of the game.

And despite Portugal’s 1-0 triumph over France, Jose Mourinho has claimed that Ronaldo’s touchline actions did his side no favors at all.

In an interview with Portugal’s SporTV, Mourinho said: “Cristiano Ronaldo didn’t help in any way by doing that in the final few minutes of the Euros final.”

“There were 11 players on the pitch doing their job, and the person in charge of directing them was the coach.

“I saw it as an overload of emotion from someone who saw that the team was just minutes away from achieving an objective which everyone wanted.

“He lost a little emotional control, not that that’s a bad thing, but what my experience tells me is that it is in these moments, when important decisions might need to be made, that the players are lost in their own little worlds.”

The Portuguese duo enjoyed decent success together during Mourinho’s three-year spell in charge of Real Madrid, winning one La Liga title, one Copa Del Rey and one Spanish cup.

However, Ronaldo’s relationship with the current Man Utd boss deteriorated during Mourinho’s final season in the Spanish capital and the phenomenal striker is thought to be have played a major role in Real Madrid’s dressing room to push Mourinho towards the exit door at the Santiago Bernabeu three years ago.