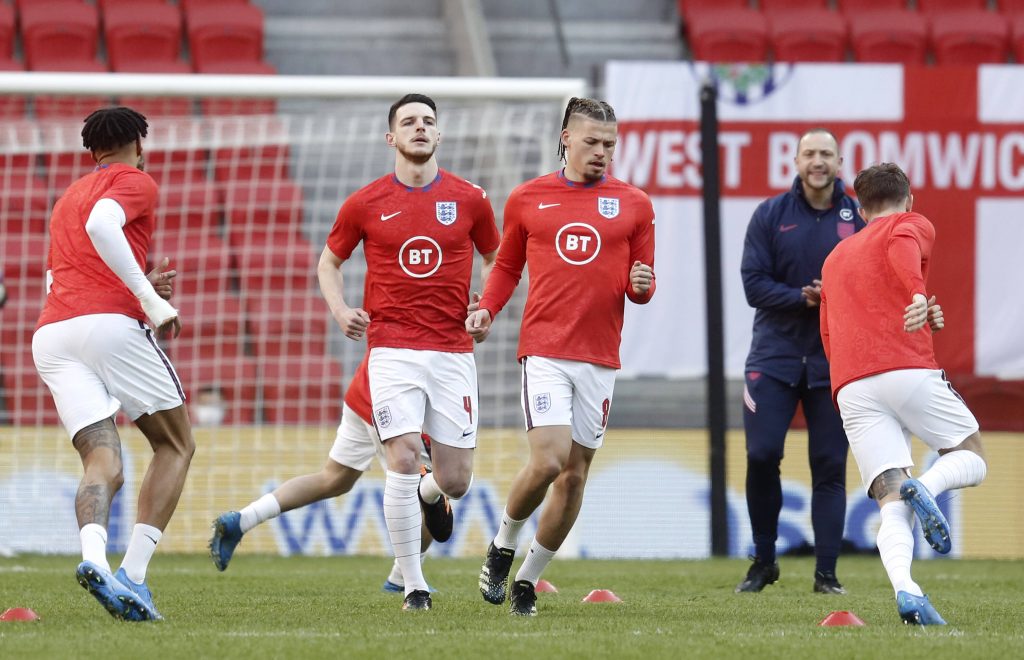 Barcelona legend Xavi Hernandez has told The Times he was impressed with England midfielders Declan Rice and Kalvin Phillips at the European Championships.

The West Ham United midfielder and his Leeds United counterpart played starring roles to help the Three Lions reach the final, establishing themselves as forces to be reckoned with in the middle of the park.

Xavi – a midfield sensation during his playing days at Barca – loved what he saw from Rice and Phillips and is now familiar with them, having known little before the tournament.

“I have also been hugely impressed by the two midfielders, Declan Rice and Kalvin Phillips,” the Al Sadd manager told The Times.

“I did not know them that well, but they were superb.”

Phillips missed just 25 minutes of action at the competition after he came off in the final minutes during the 4-0 thrashing of Ukraine in the quarter-final.

The Leeds star made his debut for England while in the Championship and was a crucial influence for the Whites as they punched above their weight upon returning to the Premier League for the first time in 16 years last season.

Phillips caught the eyes of several European heavyweights at Euro 2020, and Xavi knows a quality player when he sees one.

Leeds are keen to do better than last season’s ninth-placed finish in the top-flight, and they can always rely on their midfield general to deliver.

All eyes will be on him next season, and if he delivers again for his country at next summer’s World Cup, Leeds could struggle to hold on to him.