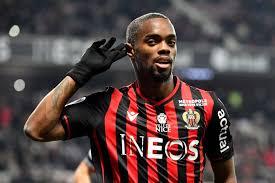 Aston Villa could suffer a blow in their reported quest to sign Wylan Cyprien from Nice in the summer transfer window.

According to Footmercato, Villa have made a bid of a bid of €17.5 million (£15.97 million) for the attacking midfielder.

The report in the French news outlet, though, did not state whether or not Nice would accept the bid from the Premier League club.

Le10Sport has claimed that Bordeaux are also interested in the 25-year-old, and that is where the former France Under-21 international wants to be at most.

The report has stated that Cyprien prefers a move to Bordeaux to a switch to Villa.

Of course, if Bordeaux offer more than Villa, then Nice are going to sell Cyprien to their Ligue 1 rivals.

However, at this point, it does not seem that Bordeaux have made an offer for the 25-year-old attacking midfielder, who made 20 appearances in Ligue 1 for Nice last season, scoring seven goals and providing three assists in the process, according to WhoScored.

If Bordeaux make an offer and it is acceptable to Nice, then it seems that Cyprien would chose them over Villa, who narrowly avoided the drop from the Premier League at the end of last season.