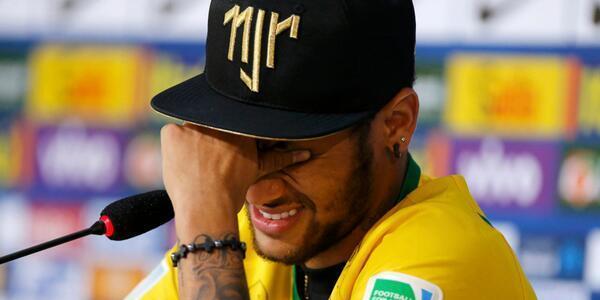 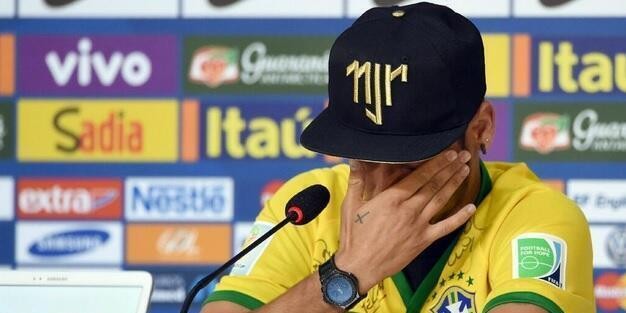 Brazilian golden boy Neymar has tearfully claimed that he was mere centimeters from ending in up in a wheelchair after being on the receiving end of a clumsy challenge from Colombia’s Juan Zúñiga in the World Cup quarter final.

Neymar, 22, was ruled out of the rest of the tournament after fracturing a vertebra in his spine following the collision, and the striker was thankful that the injury was not career threatening

“God blessed me.” Neymar said (as quoted by the BBC), on the verge of breaking down on Thursday,

“If it had been another two centimetres I could be in a wheelchair today.”

Many have said that his absence was one of the key reasons for Brazil’s humiliating capitulation against Germany in the semi-final, with the European side running out 7-1 winners on a remarkable night in Belo Horizonte.

While Neymar was destraught at having to sit on the sidelines for the match, he does not actively despise Zuniga for putting him there (despite his clear resentment for the situation),

“It’s difficult to talk about a move that ended happening in such an important moment of my career.

“I won’t say he came to injure me. I don’t what was going on in his head but everyone who understands football can see that it wasn’t a normal challenge.”

Brazil will contest the World Cup third-place play-off against the Netherlands on Saturday, a game that will come far too soon for the crocked Barcelona man.

Costa Rica goalkeeper Keylor Navas is to move to German champions Bayern Munich in a €10m deal this summer, according to Levante Vice-President Thomas Perez.

The shotstopper had an outstanding tournament for the Central American minnows, helping them to the quarter-finals where they lost out to the Netherlands in a penalty-shootout; and now Navas has been rewarded with a mouth-watering switch to Pep Guardiola’s side.

“He’s going to one of the best teams in Europe and I’m sure that he’s going to enjoy playing there and will be good competition for his new teammate, (Manuel) Neuer,” said Perez,

¨We’re happy for him, because I think he deserves it as a player and a person. He’s earned it, he had a great year and we are happy to have helped him grow in his career.¨