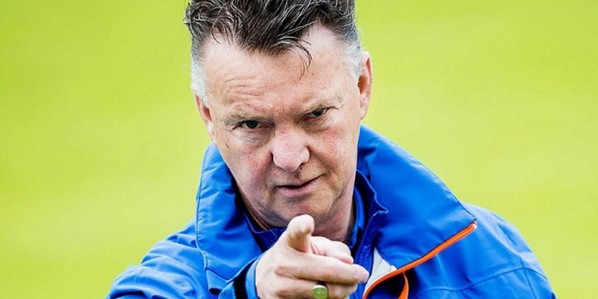 Louis van Gaal, beaten World Cup semi-finalist, has claimed that Argentina hero Sergio Romero has him to thank for his penalty-saving antics, with the 27-year-old keeping out two spot-kicks in the dramatic shootout win that sent the South Americans to the final. 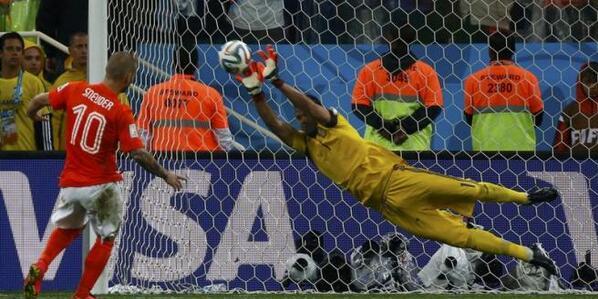 In what was an exhaustively poor affair in São Paulo last night, with barely a shot-on-target registered in the full 120 minutes, Argentina were indebted to Sampdoria shot-stopper Romero for keeping out Ron Vlaar’s first Dutch penalty, and Wesley Sneijder’s third effort.

New Manchester United boss Van Gaal brought Romero to AZ Alkmaar back in 2007, and now claims that the keeper learned his moves from him during their time together in the Netherlands,

“I taught Romero how to stop penalties, so that hurts,” Van Gaal said. “We were the club to bring him to Europe.

“He was a big talent, and someone who has the qualities to do that.”

Argentina will face Germany in the World Cup final this Sunday in Rio, and while Romero may not have singled out Van Gaal’s supposed ‘personal training’ as the reason for his heroics, he did visit the Dutch dressing room after the game to thank his former manager for helping him in the early stages of his career,

“I went to the dressing room to thank him,” Romero said. “He is someone who helped me a lot when I arrived in the Netherlands, in a completely different country, with different customs.

“At the beginning I didn’t speak a word, and he spoke Spanish and he helped me a lot.”

Thanks to the inspired Argentine, the Netherlands will have to make do with a third-place play-off match against battered hosts, Brazil.

Click the predicted score for the full preview, possible lineups and prediction –

Brazil 3-1 Netherlands – The Selecao will be hurting after their 7-1 defeat to Germany in the semis, and they will be desperate to restore what little pride they can conjure up in this practically dead-rubber encounter.