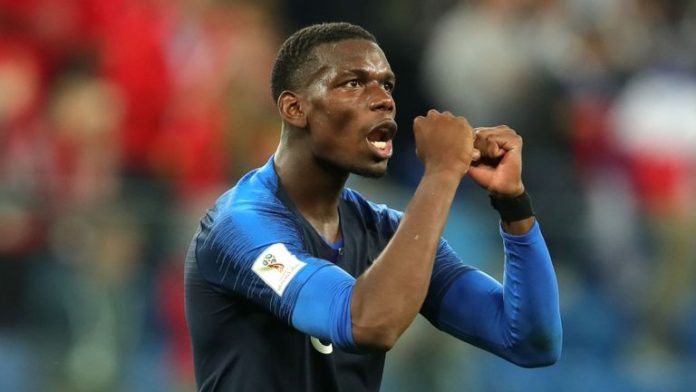 Croatia and France go head-to-head in Moscow on Sunday aiming to win football’s most prestigious prize.

The two sides both came through their respective World Cup semi-finals by single-goal margins, although it was France who produced the more impressive performance.

Didier Deschamps’ side put on a defensive masterclass in their 1-0 victory over Belgium, while Croatia had to come from behind to beat England 2-1 after extra-time.

The two nations have met five times, with France winning three and drawing two of those matches.

Read on as we look at who could make the difference for both sides on Sunday.

The likes of Luka Modric, Ivan Perisic and Mario Mandzukic steal many of Croatia’s headlines, but Ante Rebic’s performances in Russia have shown why Spurs are so eager to sign him.

Croatia head coach Zlatko Dalic clearly values Rebic’s contribution to the team, starting him in five of Croatia’s six games at the tornament so far.

His finish against Argentina in the group stage following goalkeeper Willy Caballero’s howler was a quality strike, but it his willingness to work for his teammates that is his biggest attribute.

In the quarter-final against Russia he was a constant threat to their backline, creating plenty of space for Croatia’s more established stars to operate in.

He must have been one of the most frustrated players on the pitch as he saw three shots blocked by England’s stubborn defence in their last four tie and France will need to keep a firm grip on him during Sunday’s final.

A solid performance in Moscow could see Spurs crank up their interest in Rebic and he’d clearly be a useful addition to their forward ranks next term.

Paul Pogba’s performances for France at the World Cup have left many Manchester United scratching their heads this summer.

The midfielder was heavily criticised during the course of last season, but he has looked a class act alongside Chelsea’s N’Golo Kante in Russia.

Pogba has embraced a role that has seen him handed more defensive responsibilities than is usually the case, although it hasn’t been to the detriment of his attacking prowess.

The 25-year-old looked assured against Belgium’s highly-touted midfield in the semi-final and he has appeared far more mature off the pitch during the tournament.

If he heads into next season’s Premier League campaign as a World Cup winner, United fans would be justified in thinking it will help their own team.

With manager Jose Mourinho bringing in Fred from Shakhtar Donetsk to compliment Nemanja Matic, the club could finally have found the ideal midfield mix that gets the best out of Pogba.