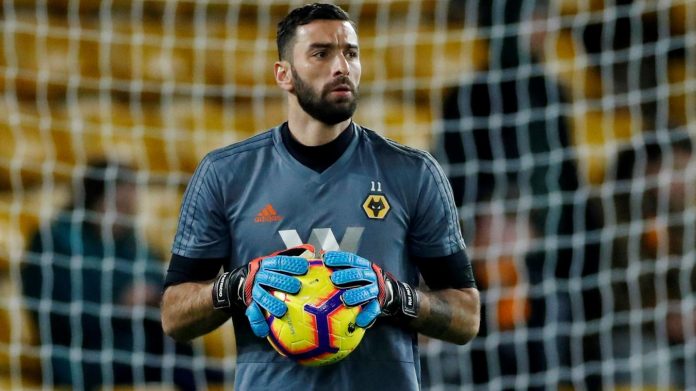 However, Nuno won’t be too happy with the goal his side conceded. Isaac Hayden scored for the away side in the second half but his shot should have been stopped by Rui Patricio.

The €18m Portuguese international made a mess of it and he was beaten at his near post. Patricio won’t be happy with his performance and he received a lot of criticism on social media after last night’s game.

Apart from the error that led to the goal, Patricio’s kicking was abysmal and he failed to find his teammates consistently. For a player of his calibre, he should have done better against Newcastle United.

It will be interesting to see how he reacts to this performance now. Patricio will be determined to bounce back with a strong display in the next game.

Wolves fans were quite unhappy with their star player’s performance and they took to Twitter to share their thoughts after the game. Here are some of the fan reactions from earlier.

#WWFC 1-1 #NUFC
– needed to be more clinical tonight.
– midfield just didn’t get going
– Patricio’s kicking and communication HAS to improve. He was at fault for the goal.
– Adama is our best wideman
– We’re still 7th, no need to worry. We stay unbeaten which is the main thing

Wow! If you can’t win it, don’t lose it. I actually thought we were decent tonight. Patricio completely at fault for the goal otherwise Newcastle never looked like scoring. We had enough chances to put the game to bed. Very sloppy finishing nearly cost us #wwfc

Patricio scares the shit out of me. His kicking is piss poor and should be saving that all day. Once again, failing at the teams at the bottom. #wwfc #WOLNEW

Point was fair in the end imo. We didn’t deserve to lose but also nowhere near our best. Don’t know how Costa came on before Traore and instead of MGW but is what it is ?‍♂️ both goals were goalkeeper mistakes, Patricio should be doing way better for his standards, rare for him.