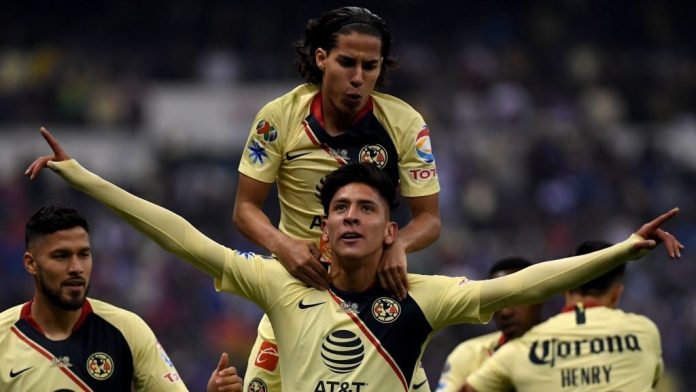 Many Wolves fans have taken to social networking site Twitter to express their reaction on reports of Edson Alvarez being linked with the club.

According to reports from Mediotiempo, Wolves have entered discussions to sign the 21-year-old central defender.

The Mexican plays for Club America where he has established himself as a key player. He has a contract at the club till 2022 and has an £8 million release clause.

Alvarez is the international teammate of Wolves striker Raul Jimenez, and he would be a solid addition to Nuno Santo’s squad.

Wolves impressed everyone last season by finishing seventh in the league, and Nuno will be looking to make the squad even more competitive this term.

Alvarez, who has 22 caps for his country already, is a versatile defender who can also play as a defensive midfielder.

Some Wolves fans feel that he would be an excellent signing for the club. Here are some of the selected tweets:

Well he’s only 21 and defensive players go under the radar a lot, haven’t seen him play at all personally but don’t write him off for being Mexican if he does sign

Edson is a better CDM like a beast every ball he goes in 110%, and scores as well

Edson is a monster in the midfield recovering balls is bis best asset but the balls he carries are what’s most important cause man dudes got balls ?