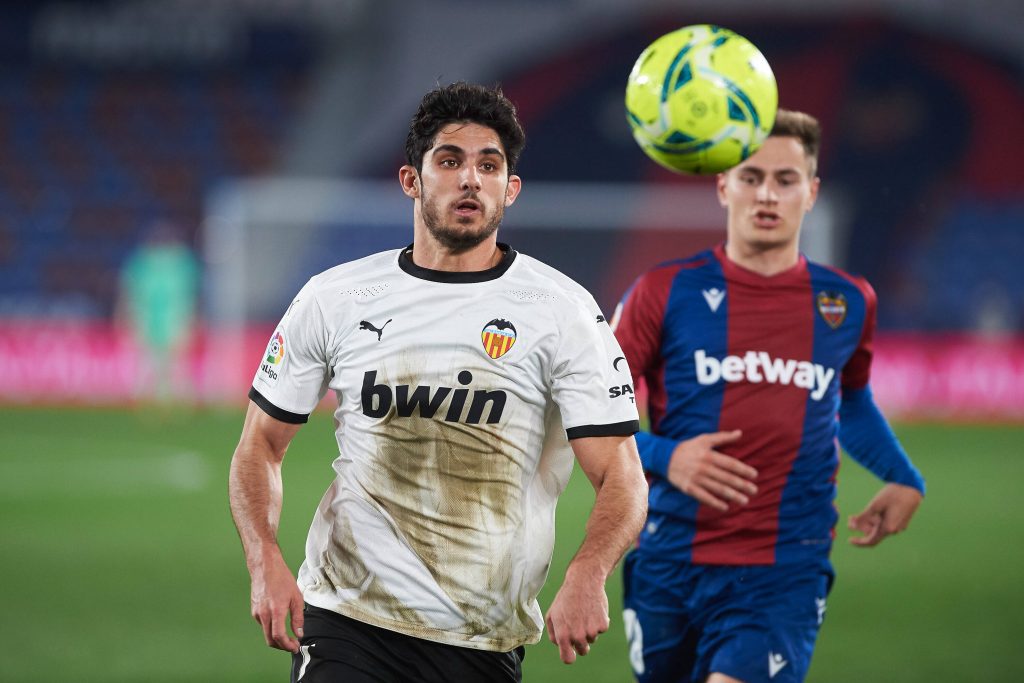 Wolverhampton Wanderers are planning to step up their interest in Valencia forward Goncalo Guedes and could offer Patrick Cutrone as a makeweight in a summer deal, Football Insider reports.

Wolves have struggled to find a regular goalscorer this term since Raul Jimenez suffered a serious head injury in November, and this has contributed to the lowly mid-table position in the Premier League.

Fabio Silva was recruited for a club-record sum last summer, but the teenager is still learning his trade in the English top-flight. Meanwhile, Willian Jose, who arrived from Real Sociedad on loan in January, has yet to find the back of the net for the Midlands outfit.

It is now revealed that the club are prepared to enter negotiations with Valencia for Guedes, and are willing to offer Cutrone as part of a player-plus-cash deal for the 22-cap Portugal international.

Guedes can play anywhere across the attack. He has netted four goals and four assists from 25 appearances for the La Liga outfit this term.

The 24-year-old has struggled for consistency which has been the case with most of Valencia’s players, but he has been regularly linked with a move to Wolves.

Guedes is also represented by Mendes’ Gestifute agency and it is no surprise that he is being heavily linked with a move to the Midlands.

No transfer value has been reported, but it has been mentioned that Cutrone could be included as part of the deal for the former Paris Saint-Germain man.

Cutrone has failed to make an impact during his time with Wolves with just three goals in 28 outings, and he is currently on loan with Valencia.

He has played just 56 league minutes for them since his winter move. It will be interesting to see whether Los Che are willing to sign him permanently in exchange for Guedes.

Guedes has had a frustrating campaign, but he has recently picked up form with one goal and two assists in his last four La Liga appearances.

Read: Manchester United could offer Jesse Lingard as a makeweight to sign this Premier League star.