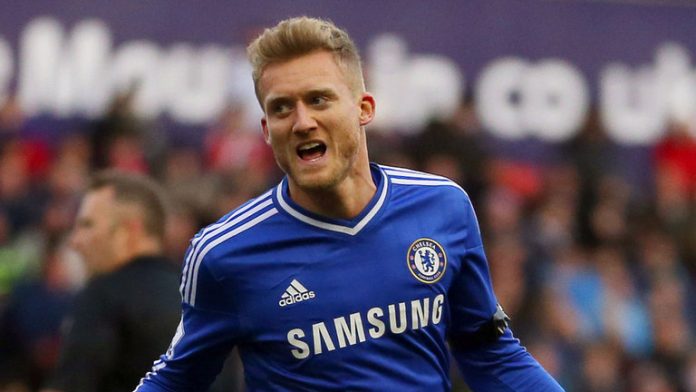 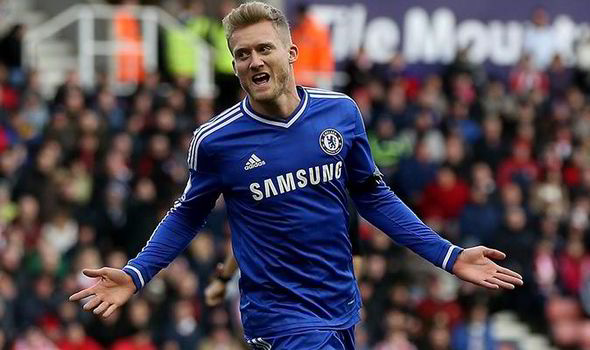 Wolfsburg sporting director Klaus Allofs has revealed that signing Chelsea forward Andre Schurrle is down to the money.

The German international has made aware by Jose Mourinho that he does not have a future at Stamford Bridge and the west London club have put him in the market on Monday.

Earlier we reported that the basic transfer fee for the player is €32 million (a club record fee for Wolfsburg), all the amounts they will need to pay as add-ons total up to €66 million.

Allofs admitted that the Bundesliga outfit have done everything from their end to secure Schurrle’s signature and it is down to the Premier League leaders in making sure the deal takes shape.

“He’s [Schurrle] on the transfer list and that gives us a bit more time,” Allofs told reporters.

“Chelsea agreed to putting him on the transfer list just before midday and you can read into that what you want.”

“We have done everything we can on our end. It’s about money. We are waiting for Chelsea’s decision. If it doesn’t work out within these parameters, we will have to pull out.”

Chelsea are closing in on signing Fiorentina star Juan Cuadrado in the final hours of the winter transfer window. The Colombian international was spotted at Stamford Bridge along with his agent during the Blues’ 1-1 draw against Manchester City.

The potential departure of Schurrle will help Chelsea sign Cuadrado and it should be seen whether the German World Cup star will be able to secure a transfer before the 11th hour.